Study finds children who are in childcare are better behaved (yes, really)

According to a new study from France, it turns out children who are in childcare are better behaved than kids who were raised by a nanny or a stay-at-home parent or family member.

Less surprising maybe, the study also revealed that children who attend creche before the age of three were more social than children who did not.

The study, created by Sorbonne University and published in the Journal of Epidemiology and Community Health, tracked the emotional well-being and development of nearly 1,500 children from when they were born until they turned 8 years old. During that time, parents were tasked with filling out surveys about their children's behaviour and mental health as well as their childcare status in their first three years of life.

Interestingly, the positive impact of childcare wasn't just evident during the early years in which the children attended daycare, as these kids were also more likely to see a long-term effect on their development, exhibiting fewer behavioural and social problems into early adolescence. 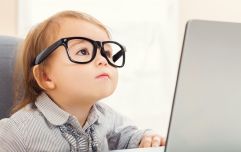 END_OF_DOCUMENT_TOKEN_TO_BE_REPLACED

"Access to high-quality childcare in the first years of life may improve children's emotional and cognitive development, prevent later emotional difficulties, and promote prosocial behaviours," Dr. Maria Melchior, one of the study's authors, said of the findings.

And while we are not for a moment suggesting you should not stay home with your babies for as long as you feel is right, mama, this study will no doubt help working parents feel better about having their children in daytime care.


popular
Irish influencer Lisa Jordan reveals her little boy's name and it's so cute
The tooth fairy letter many parents are feeling a little divided about
4 ways to fix hard slime with ingredients you probably already have at home
The Mrs Hinch approved hack that'll help you get rid of flies in your house
Goodbye, Karen: 10 once popular baby names 2020 parents are re-thinking
Can you pronouce these 7 'unique' baby names? They're trickier than you think
There's a reason why babies love to sleep with their bum in the air and it's adorable
You may also like
1 week ago
The urge to eat our babies means we really love them and science backs us up
1 week ago
Apparently, there's a reason why we carry our babies on our left side
1 week ago
This is how much a moderate intake of caffeine effects your breastmilk
3 weeks ago
Children with these names are statistically more likely to be successful
3 weeks ago
Study finds that stay-at-home dads do much less than stay-at-home mums
3 weeks ago
Inconsistent bedtimes can have negative effects on your child's development
Next Page