Confession: If it wasn't for yoghurt, my little boy would have probably starved to death.

OK, that might have been a little bit of an exaggeration, but seriously; he loves yoghurt far more than he loves any other food, and there are days when I, after having tried every bribery under the sun to get him to try something else, will just give in and let him have yoghurt for dinner. Again.

I take comfort in that the yoghurt he likes is the Greek variety with no added sugar and that he sometimes lets me top it with some nuts/seeds/berries, but still.

However, some new research has now shown that feeding babies yoghurt is actually all sorts of good, and may, in fact, reduce their chances of developing eczema and other allergies.

According to a new study published in Clinical & Experimental Allergy, researchers found that infants who are given yoghurt as a regular part of their diet in their first year of life have a lower eczema and allergy risk. In fact, the team of New Zealand researchers discovered that eating yoghurt daily by age one decreased eczema and allergy in little ones by up to 70 percent.

This is what lead research Dr. Julian Crane, a professor in the Department of Medicine at the University of Otago, Wellington, had to say:

“The more regularly yoghurt was given, the greater the effect.”

The findings suggest that feeding infants yoghurt regularly can give them added protection against eczema and other allergies. The American Academy of Pediatrics advises parents to wait until age 1 to add cow’s milk to a baby’s diet, but notes “other milk-based products such as cheese and yoghurt are safe before age 1”. 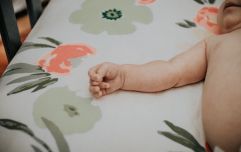 Time for bed: A strict bedtime routine can protect kids from becoming overweight

END_OF_DOCUMENT_TOKEN_TO_BE_REPLACED

Although the new study shows the added benefits of yoghurt, there are still some things that are unknown. Crane explains further: “We found that regular consumption of yoghurt gave stronger protection, but what we don’t know yet, is what type of yoghurt is best or how much is protective."


popular
Study finds husbands with controlling wives live longer and are healthier
Influencer justifies trip to Dubai saying it was essential for her "mental health" and to "motivate" followers
RTÉ Prime Time footage shows tanned Irish holidaymakers returning from Lanzarote
12 oh-so-sweet one-syllable baby names that we absolutely adore
20 'Marmite' baby names which people either love or hate
Paris Hilton undergoing IVF with partner Carter Reum
Selling Sunset season 4 is coming to Netflix this year, apparently
You may also like
1 day ago
Evening munchies? 3 easy ways to help you stop that late-night snacking habit
1 day ago
Study finds husbands with controlling wives live longer and are healthier
3 days ago
Selfcare Sunday: 5 beauty buys I keep re-buying for the ultimate spa-at-home experience
4 days ago
Wellness: 4 easy ways to make your entire home healthier (no, really – it's a thing)
1 week ago
Feeling anxious or overwhelmed? 3 easy ways to find your calm and de-stress at home
1 week ago
10 little ways to make Mondays better (because life has a lot of Mondays)
Next Page