Most creches have been closed for months.

Childcare is Ireland is notoriously expensive, but despite the Government promising that the Coronavirus crisis would not increase the cost of creches, some providers are now warning parents that higher childcare fees are inevitable.

Earlier this week, Children's Minister Roderic O'Gorman said costs would not be more than the average monthly mortgage payment.

However, providers say they will have to be increased due to higher overheads and more regulation.

Alice Walsh from Harcourt Creche in Dublin says to Breaking News she has been asking parents to book now for August and September.

"For the month of July, I can ease them all back but then when it comes to August I really do need to know who is coming back and who is not."

"You know people are saying 'I had a level of childcare set up while you were closed so I can kind of wing it for the month of July and August, so I can think about it in September'". 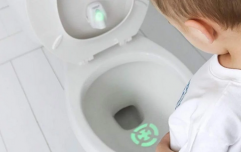 END_OF_DOCUMENT_TOKEN_TO_BE_REPLACED

"I need to know by August though who is coming back or not because we can't operate on those reduced numbers."

Ms. Walsh said, in general, the cost of providing childcare has gone up considerably.

"There is no doubt it will increase, we do require more staff but fees were going to go up anyway before Covid-19.

"With childcare, you have regulations and ratios so the fees are definitely going to go up."


popular
Using a childminder? You might be entitled to a new subsidy.
10 rare Irish baby names not too many parents are using these days
Here's what's opening on the 26th of April - better get booking!
Here's what bookies think Harry and Meghan will name their baby girl
These 5 Foods Could Increase Your Chances of Having Twins
Vogue Williams son Theodore recuperating after an accident at home
Can you pronouce these 7 'unique' baby names? They're trickier than you think
You may also like
1 day ago
Tayto Park announces virtual school tours so 'children won't miss out'
3 days ago
Conor McGregor just told his little boy to punch another child in the mouth
4 days ago
The royals have just revealed a never-seen-before family photo – and it's adorable
4 days ago
Help keep your children safe online with this new Irish resource
5 days ago
Queer Eye's Tan France and his husband are expecting their first baby via surrogate
6 days ago
New website Babyclasses.ie lets parents search and book hundreds of local (and online) baby classes
Next Page