We are about to embark on potty training Child Number 2.

Jacob, our first, was pretty sound about the situation when we trained him in a panic when he was just gone 2-and-a-half because his new pre-school required that he be out of nappies.

You see, he has the 'Show Off Gene' (inherited from his father) which meant that every little achievement - every wee and every poo that went into the potty or down the toilet made him feel AMAZING.

So much so that his inner Show Off woke him up at 3am every night for the next year so that I could bring him to the toilet. He was never one for the overnight pull-ups.

His little sister Eva has just recently celebrated her second birthday and as I am keen to get her going in the same pre-school, we are planning to embark on her nappy-free journey over the next couple of weeks.

Unlike her brother, Eva does not possess the 'Show Off Gene' but rather the 'Go F*ck Yourself Gene' (she inherited that from her mother) and does NOT enjoy being told what to do.

As sure as I am that we have a while different set of challenges ahead of us, I have done a little bit of research into the different schools of thought around the subject of potty training.

This is a child-led method which seems like could take a long time to get the desired end result. 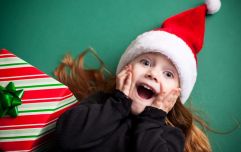 END_OF_DOCUMENT_TOKEN_TO_BE_REPLACED

Step 1: you introduce your child to the potty at around 18 months or so and let them sit on it fully clothed.

Step 2: praise your child for sitting on the potty with a diaper off.

Step 3: empty the contents of soiled nappies into the potty and explain that this is where wee and poo goes.

Step 4: allow child to run around nudie for short periods of time and encourage them to use the potty independently.

Seems kinda.. long-winded to me.

The idea behind this is that you clear the diaries for a few days and just tackle the training in one fell swoop (my kind of approach!)

Step 1: Let child go nudies for the entire first day and load them up on fluids. Run with child to potty every time they look like, sound like, or are in the middle of doing the business. 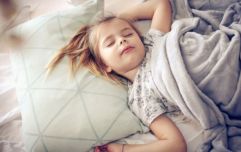 END_OF_DOCUMENT_TOKEN_TO_BE_REPLACED

Step 2: Let them go commando on Day 2 (no nappy, just pants) and follow the same rules as Step 1.

Step 3: Allow them to be fully clothed but with no nappy on day 3 and continue to watch like a hawk for wees and poos.

Depending on the age and temperament of a child, this method is supposed to encourage training by the end of the third day but it is thought that 'full training' (i.e. initiating that they need to go to the toilet themselves so you can get them to a potty or toilet) should take a couple of weeks.

3. The 'Let Your Child Train Themselves' Method:

This one isn't as impossible as you might think.

Many younger siblings imitate their older brothers and sisters and want to be a 'big boy' or 'big girl' just like them and in doing so, initiate potty training all by themselves!

My best friend's daughter started taking herself to the toilet before she was 2 and was completely out of nappies by the time she was two.

Vaguely, I thought that my darling daughter would be in this category but as she doesn't show any signs of toilet independence as of yet, we may get cracking with Step 2 above shortly!


popular
Hilaria and Alec Baldwin have welcomed baby No. 6 — five months after baby No. 5
Britney shares rare photo with sons Jaden and Sean Preston
Maura Higgins slams Dancing On Ice scoring ahead of finale
Raising boys: The beautiful words every boy mum needs to hear
These 5 Foods Could Increase Your Chances of Having Twins
Unexplained infertility: I went through IVF to get pregnant and here is what everyone should know
"I have reached my goal" Vicky Phelan sees son Darragh's 10th birthday
You may also like
2 days ago
Mum confession: The one positive parenting trick I found most useful with my own kids
2 days ago
Raising boys: The beautiful words every boy mum needs to hear
3 days ago
Hillary Duff dyed her hair blue – and the internet immediately mom shames her
3 days ago
Back to school (again): The 15-minute trick that is about to change your hectic mornings
5 days ago
Maths is harder than ever for parents says study – and tell us something we don't know
1 week ago
The internet is loving Princess Eugenie's "very real" first baby pictures
Next Page