Do you think that this is too much?

A chores by age post has been making the rounds online and some parents are a little aghast at just what is expected of some small children.

Here's the post causing the controversy, what do you think? 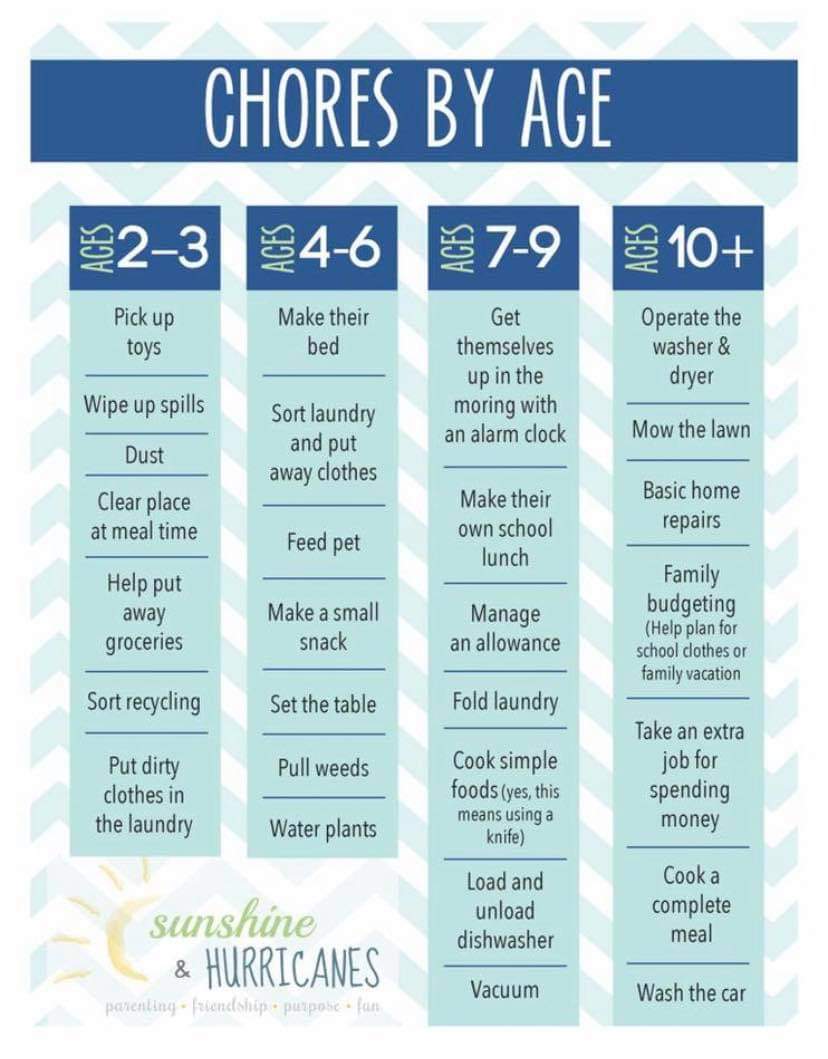 While I don't think all of the seven to nine chores are that bad, my seven years old would help with most of these things, the next age bracket is a bit much.

I'm sorry but who tells a ten-year-old to take up a job to earn money and what company would even hire a ten-year-old? Also asking a small child to complete home repairs and use a lawn mower just sounds downright unsafe.

I'm not the only parent who thinks so either as many left comments on the post remarking on how shocked they were;

"The last two are just too much. Kids are exactly that, kids, leave them be to learn and play a little more, develop their own interests a little more before piling responsibilities on to them just to relieve them from yourself." 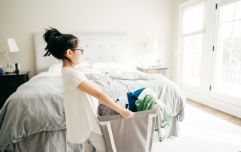 Stuck inside? 5 easy ways to motivate your kids to help clean their rooms

END_OF_DOCUMENT_TOKEN_TO_BE_REPLACED

While I think it's important for children to help out around the house and learn skills that they will need later in life like cleaning and cooking, it would have made much more sense for the list to say age 13+ for tasks like lawn mowing as I can't even imagine a ten-year-old having the strength to control a mower.

Do you think it's too much or do you think the more hands-on kids are around the house the better?

popular
Expert says Cocomelon acts "as a drug" to kids' brains
Adam Collard responds to claims he cheated on Paige Thorne
Sarah Millican said this gross thing means you love your mum and I want to know if it's true
10 construction-themed birthday cakes your kids will DIG
Smyths issues warning to parents ahead of Christmas
Coronation Street star Lucy Fallon pregnant after miscarriage heartache
"It took me by surprise": Holly Willoughby gets honest about her 14 year marriage
You may also like
7 months ago
The many reasons why giving your kids chores to do is actually good for them
11 months ago
This mum's chore chart for her kids is being praised as 'life changing' by other parents
1 year ago
The tried-and-tested trick I rely on to get my kids to help out with chores
1 year ago
This mother’s clever game makes her kids actually want to clean up!
2 years ago
There is a very good reason you need to make your children do chores – from an early age
2 years ago
Positive parenting: 3 easy chores that your toddler can help out with
Next Page