Tunes to make you tired: These pop songs are PROVEN to put your kids to sleep

Or, really, that bit where you are trying to get your kids to calm down before bedtime, when they are wired AF?

For many of us, lullabies and music used to do the trick when our children were babies, but what do you do if your little one has outgrown the classic lullabies?

Well, says a new study, you can actually find contemporary songs that match the same criteria of lullabies – you know that thing they have in common that makes babies feel soothed and tired.

According to kids’ sleep specialist Cuckooland, who analysed over 4,500 songs, using data from Spotify to find the most common childhood lullabies and the magic formula behind them, the classic lullabies have some things in common with certain modern-day songs – and you might be surprised as to which ones. 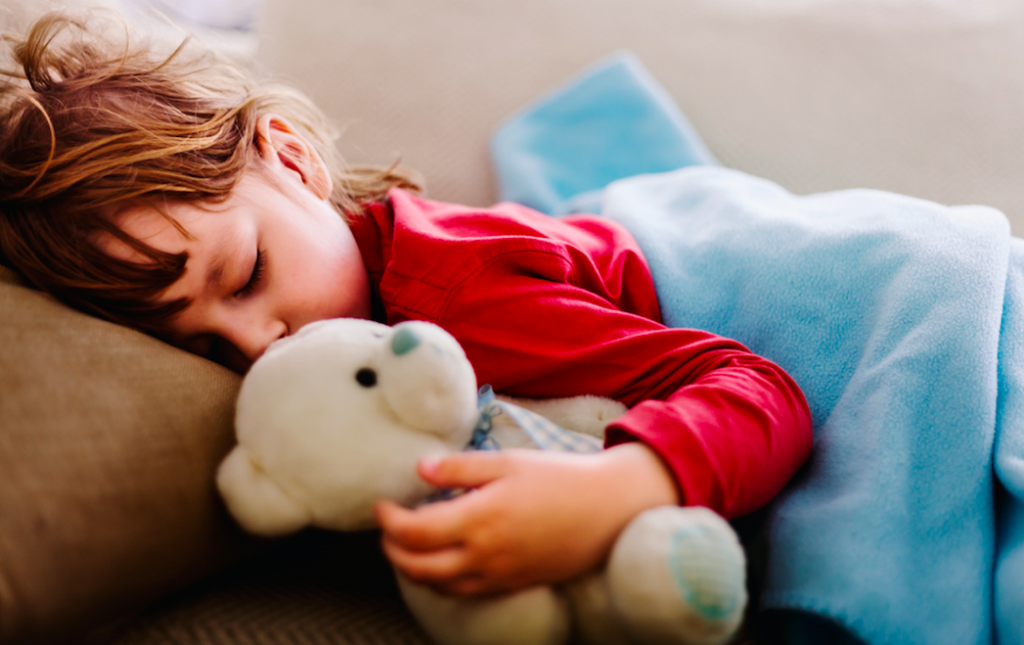 Comparing the formula to recent tunes from the UK Top 40 charts and the Billboard Hot 100, they found the top ten ‘modern lullabies’. The winner? Only Human by the Jonas Brothers came in at number one and You Need to Calm Down by Taylor Swift was a close second.

“We wanted to conduct some research into lullabies to see if there was an interesting match to any modern-day pop songs. It’s a bit of fun and hopefully, parents can get some use out of the findings with their own children,” says Russell Davis, director of Cuckooland, to Babyology.

“Bedtime is an important part of the day for your child, and having a good routine in place, whether a lullaby forms part of that or not is vital to wellbeing and happiness and that’s something we really believe in.”

After wading through the many thousands of lullabies, the researchers came up with the ten most popular classic lullabies:

The study then looked below the surface of these ten classics to determine the formula for the perfect lullaby. By determining that the average beats per minute in a lullaby is 91, the most common key is C and most common time signature is 4/4, researchers could then cross-check it with contemporary songs and see which ones fit the bill.

Using the information, the study found the following songs were the closest match to the formula:

“The function of a lullaby is to soothe a baby and put them to sleep, so common features we would expect to see in lullabies would be, a slow(ish) tempo, relatively quiet dynamics, simple rhythm pattern – potentially one that imitates a rocking movement – a simple melody that’s easier to memorise and easier to sing, predictability achieved by repetitive phrases and verses, and a high pitch due to the connotations that mothers/females usually sing lullabies,” says Annaliese Grimaud, researcher at the Music & Science Lab at Durham University.


popular
The 30 baby names that are going to be super popular in 10 years time
Lockdown babies: Parents are opting for some very unique pandemic baby names
Kourtney Kardashian admits bed-sharing is her secret to getting enough sleep
Summer reading: 10 seriously great books to pack in your staycation suitcase
Tale as old as time - twelve baby girl names inspired by literature
Getting Outdoors: 8 Of The Best Waterparks Around Ireland
14 super sweet and short Icelandic names perfect for baby girls
You may also like
5 days ago
The new Covid-19 tracker app is live - here's how to use it
1 week ago
"I never thought it would be cancer": Stage 4 melanoma patient recalls receiving her diagnosis
1 week ago
'Tasting Trays' might just be the perfect solution if you're dealing with a picky eater
2 weeks ago
It's swimsuit season – and one mum's beautiful reminder is one we all need to read
2 weeks ago
Reese Witherspoon drinks the same smoothie every single morning – and here's why
2 weeks ago
The very simple trick that'll get your child to eat broccoli (and other green foods)
Next Page