We're often told that prolonged use of soothers will damage our children's teeth.

But how exactly does this damage occur?

Recently I came across a video which shows how much damage is caused when your child uses a soother for longer than they should and I was really surprised.

The viral video posted by Dentistry World has been shared thousands of times and it's easy to see why.

During the video, we see two sets of children's teeth. One with no soother and one with a soother. At the end of the video, we are shown just how dramatically the teeth with the soother has changed.

My little girl is almost two and she has never used a soother. It was something that I consciously tried to avoid because I was one of those children who got too attached to her soother. 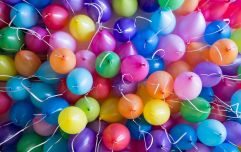 END_OF_DOCUMENT_TOKEN_TO_BE_REPLACED

I used mine way past its expiration date which led to me having an overbite. It's not noticeable unless I point it out but I find it difficult to show teeth when I smile as my bottom and top teeth don't line up so I generally smile with my mouth closed.

While there is nothing wrong with your child using a soother expert suggest that you start to wean them off of them around the age of two or three.

SuperNanny recommends using a reward system such as a star chart to help young children ditch the dummy;

"For the three to four-year-old a star chart can be very effective (a star chart should be used for one activity at a time) Initially give the child a star if he manages to get to lunchtime without his dummy and again before bedtime. Ensure he gets positive reinforcement by showing the chart to other family members and the teachers at nursery school etc. with praise for his efforts."


popular
Parents build two tiny homes on their property for their teenagers to live in
The gorgeous Penneys trousers that are a must-have for your workwear wardrobe
Positive parenting: Kirsten Bell's advice for handling tantrums makes a lot of sense
Brides-to-be! The €50 Zara dress that's perfect for day two of a summer wedding
I've hit the point where I'd rather travel for my child's birthday than organise a party
I'll be tired in the morning, but as a mum I stay up late to get some time to myself
Lost Girls is the Netflix drama we're all going to be hooked on next month
You may also like
3 days ago
These pictures of grandparents with their grandkids are the purest thing we've ever seen
6 days ago
One mum's letter to her daughter's school about homework is a must-read
1 week ago
Mum faces criticism for the snack she put in her daughter's lunchbox (and it seems pretty harsh!)
1 week ago
'The best gift I have ever been given' Mum shares powerful open letter about being a stay-at-home mother
1 week ago
The ad showing what new motherhood really looks like that was banned from the Oscar's this year
2 weeks ago
The internet is bursting with beautiful tributes to #girldads and it is all thanks to Kobe Bryant
Next Page