An 11-year-old girl has recalled the frightening moments of the Uvalde school shooting last month as she begged the US congress to make changes in their gun laws.

Speaking to a panel of politicians, Miah Cerrillo, a fourth-grader at Robb Elementary School in Uvalde, Texas, said she played dead to divert the shooter from killing her.

Admitting that she used her friend's blood who had only been killed moments before to pretend she had also been shot, she managed to save her own life.

Speaking to Congress, she recalled how her class had been watching a film when the gunman burst through the door.

An 11-year-old who smeared herself with her murdered friend's blood to play dead during last month's school shooting in the US state of Texas relived the horror of her ordeal for a hearing into gun violence | https://t.co/mQ2mXWVAjD pic.twitter.com/PqkDv3XMyD

"He ... told my teacher 'goodnight' and then shot her in the head.

"And then he shot some of my classmates and the whiteboard."

Speaking in a short video, she added: "When I went to the backpacks, he shot my friend who was next to me and I thought he was going to come back into the room so I grabbed a little blood and put it all over me."

Saying that she remained silent, once the coast was clear she grabbed her teacher's phone and called 911.

"I told her that we need help -- and to see the police in our classroom," she said. 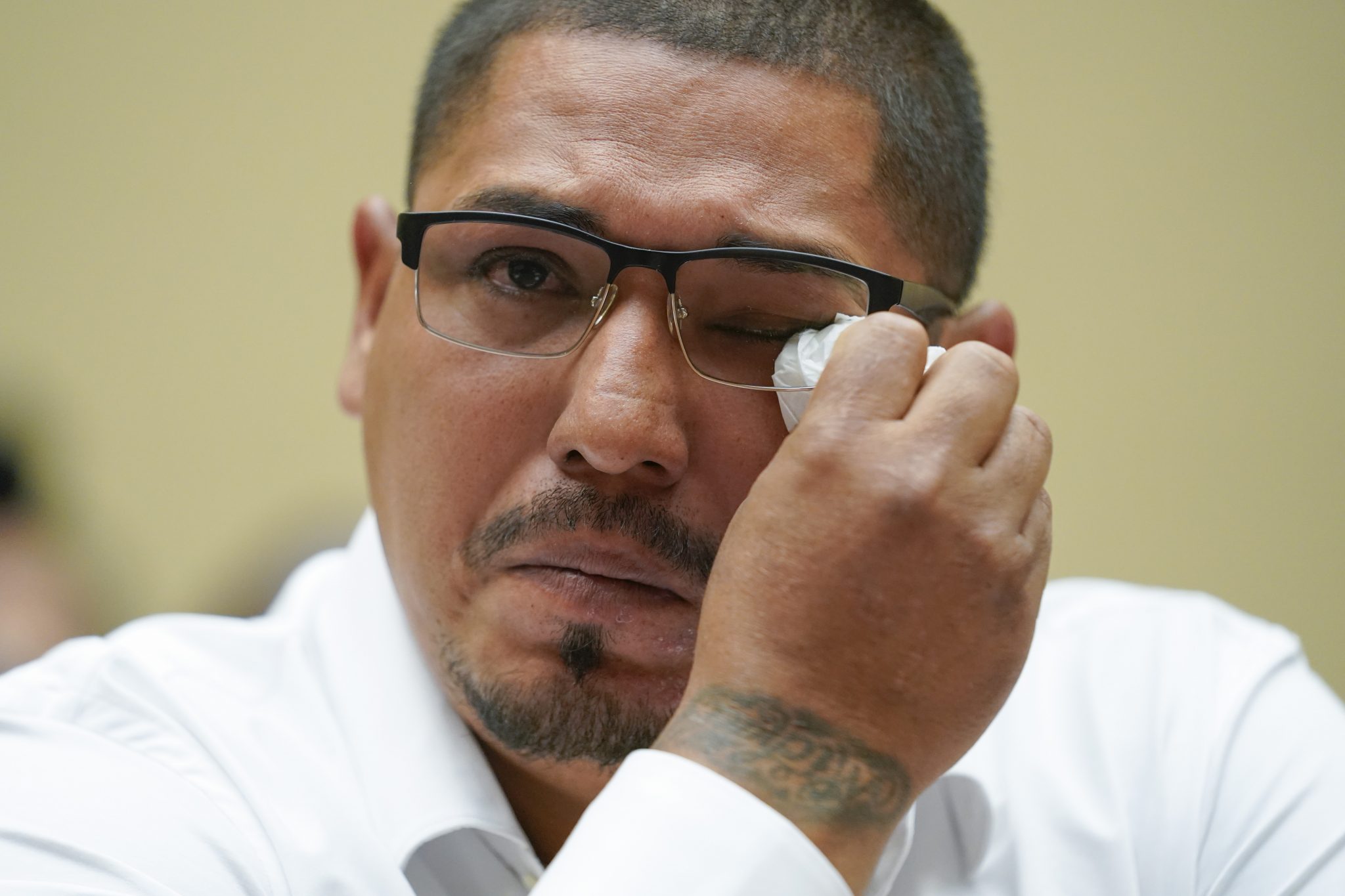 Police have been criticised after it emerged that a dozen officers waited outside the door of Miah's class and did nothing as the children lay dead or dying, with 19 children and two teachers being killed in the shooting.

Miah was asked what she wants to see done, saying she wants more "security" as "I don't want it to happen again."

Miah is said to still be experiencing nightmares and still healing from bullet fragments in her back from that traumatic day, her dad Miguel Cerrillo told USA Today.

"She's not the same little girl I used to play with," he told the committee.

popular
Babies born in February have some pretty cool advantages – no, really – it's true
These 40 baby names are set to trend in 2023
Bride asks for divorce day after wedding following groom's disrespectful cake stunt
11 of the best fun playgrounds in Dublin
'He's a changed man': Woman marries her 'high school bully'
Toddlers are happier with fewer toys, study finds
We have St. Brigid to thank for our new bank holiday, but who exactly was she?
You may also like
6 months ago
Breastfeeding mother told to cover up or leave public swimming pool
8 months ago
Meghan Markle visits Texas school shooting memorial
8 months ago
Second teacher killed in Texas school shooting was a mum-of-four
8 months ago
Death toll in Texas primary school shooting rises: 19 children and 2 teachers shot dead
9 months ago
US Supreme Court votes to overturn abortion rights, leaked draft shows
10 months ago
Nine people killed in tragic Texas road collision including 13-year-old driver
Next Page