Eoghan McDermott responds to allegations made against him

Former 2FM presenter Eoghan McDermott has responded to allegations made against him.

"I hope the below can close this chapter.”

Eoghan then shared a letter from a solicitor.

As the letter states, in March 2021, internet postings and Tweets published through an anonymous account made "false allegations" about Eoghan. 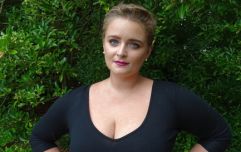 END_OF_DOCUMENT_TOKEN_TO_BE_REPLACED

The solicitor's letter says their client now "accepts that there was a number of falsehoods contained in her publications".

It also says: "The client regrets her actions and acknowledges that her actions have caused, and continue to cause, detriment and destress to your client and those close to him."

It went on to say the client has since deleted statements made on Reddit and Twitter and will not re-publish them.

Eoghan added: "At the request of and with consideration for the other party to this dispute, I will not be commenting any further on this matter."