*Trigger warning: the details of this case may be upsetting.*

The family of a young Dundalk woman who was murdered in New York have posted a $35,000 reward to help find her killer.

26 year old Claire McKenna was attacked last month on October 11th near her home in Queens. She sent her family a text saying "help" and that her phone was dying at around 3.11am.

Police confirmed on the morning of October 12th that at 4.30am a man with his face covered with a mask and dark clothes was seen on CCTV pushing Claire's body in a cart.

He was then seen dumping her body in a bush on 94th Avenue and 214th street in Queens.

Claire's body was believed to be pushed for five blocks and other important evidence was taken from the scene by police.

With the person responsible still on the run, her family have now sent out a reward to help police find him. 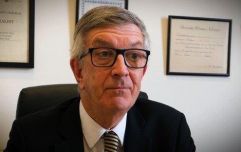 END_OF_DOCUMENT_TOKEN_TO_BE_REPLACED

They said: "The McKenna family are requesting assistance from the public with any information that may lead to the identification and apprehension of the man observed pushing Claire's body in the dolly."

The New York Police Department said they had responded to a call on October 12 where Claire had been discovered lying unconscious and unresponsive face down on the pavement near a bush.

Emergency Medical Services were called to the scene but she was sadly pronounced dead. Reward posters have now been posted within a mile of the scene in Astoria, Queens hoping it may jog any witness's memory.

Claire's death is being treated as "suspicious" with homicide not being ruled out but are waiting on a post-mortem report from the Chief Medical Examiner and toxicology results.

popular
Brian Dowling: "Aoife never thought the baby was hers"
Lauren Graham shares who she thinks Rory's baby daddy is
7 Christmas markets and Santa experiences to visit with kids this winter
Release date for Prince Harry and Meghan Markle's Netflix series confirmed
Warning issued to Irish parents after increase in RSV cases
6-year-old child dies from bacterial outbreak at school in England
Lindt opens first ever Dublin City Centre pop-up shop just in time for Christmas
You may also like
6 hours ago
A Love Actually reunion is officially happening for the 20th anniversary
13 hours ago
Cameron Diaz gets honest about becoming a mum in her 40s
1 day ago
Number plates could be printed on McDonald's customers' wrappers to prevent littering
1 day ago
I’m A Celeb hit with Covid outbreak just days before the show's finale
1 day ago
What are the symptoms of scarlet fever? Here's what parents need to know
1 day ago
These 40 baby names are set to trend in 2023
Next Page