Vanda previously hid in a basement from Mariupol's Nazi occupation as a child.

A 91-year-old Jewish woman who survived the Holocaust has been killed in Russian attacks on her home city of Mariupol.

Thousands of people are currently trapped in the Ukrainian city as Russian forces have attacked and cut off essential supplies.

Vanda Semyonovna Obiedkova had taken shelter in a freezing basement without water during the Russian siege.

Her daughter Larissa, who had been with her in the basement, told Chabad.org  that she watched helplessly as her ill mother faded away. 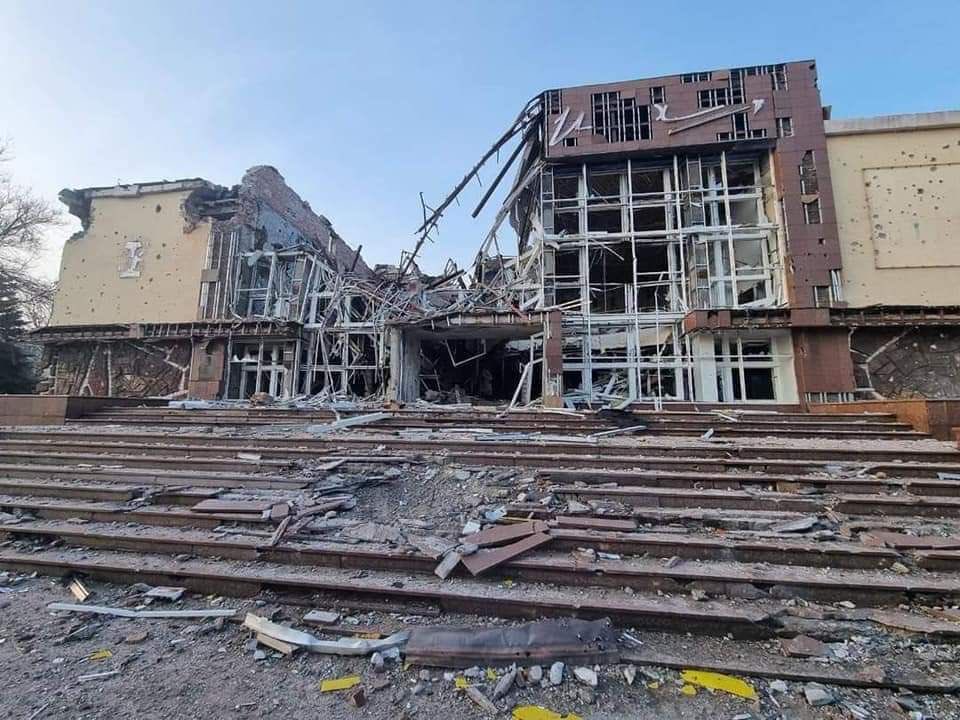 "Mama didn't deserve such a death," she said.

"There was no water, no electricity, no heat - and it was unbearably cold. There was nothing we could do for her. We were living like animals."

Leaving the shelter was dangerous, with two snipers guarding near the closest water sources, so the two could not leave to get water for days.

"My mother kept saying she didn’t remember anything like this during the Great Patriotic War [World War II]."

More than 80 years ago, Vanda was also forced to hide in a basement during Mariupol's Nazi occupation.

She was born in 1930 and was 10 years old when Nazi occupiers arrived in the city and rounded up its Jewish population in October 1941.

Thousands of people, including Vanda's mother, were executed in a mass grave.

The young girl managed to escape by hiding in the basement while her mother was taken. She survived the rest of Mariupol's Nazi occupation by spending two years in a hospital, which her father - who was not Jewish - had managed to get her checked in to.

Ukraine’s Ministry of Foreign Affairs confirmed Vanda’s death in a statement on Twitter on Wednesday.

At 10 years old, Vanda Obiedkova survived the German occupation of Mariupol. Vanda was 91 when #Russian army invaded her city. 81 years after Nazi regime, she died. Dying in a basement, freezing, pleading for water, Holocaust survivor asked: “Why is this happening?”#SaveMariupol pic.twitter.com/yO9Gn18bJZ

"At 10 years old, Vanda Obiedkova survived the German occupation of Mariupol," the tweet read. "Vanda was 91 when Russian army invaded her city. 81 years after Nazi regime, she died. Dying in a basement, freezing, pleading for water, Holocaust survivor asked: 'Why is this happening?'"

News of Vanda's death comes just days after 96-year-old Anastasia Gulej, also a survivor of the Nazi regime, was forced to flee Ukraine and find safety in Germany, bravely stating: "I survived Hitler, I survived Stalin and I will survive this a**hole Putin too."

popular
Downton Abbey's Jessica Brown Findlay welcomes twins after IVF struggle
"My heart sank": Tubridy hit with backlash over Toy Show remark
Elf on the Shelf is actually pretty bad for your kids, according to an expert
Having an Elf on the Shelf can actually be bad for your kids
Mysterious clumps in Christmas tree should be removed immediately
Alejandro Miszan: Fundraiser set up following vicious dog attack
Irish company create app that will send your kids messages from an Elf
You may also like
14 hours ago
Radio station to remove homophobic slur from Fairytale of New York
14 hours ago
The trailer for Harry and Meghan has finally dropped
14 hours ago
Doctor accused of assaulting his patients found dead
17 hours ago
550 children have been left on trolleys in Irish hospitals over the last month
18 hours ago
Downton Abbey's Jessica Brown Findlay welcomes twins after IVF struggle
18 hours ago
Here are the first four people officially heading onto Dancing With The Stars
Next Page