"He threw a towel over her head and ran."

RTE Liveline listeners were left in shock yesterday after a Dublin mum recounted a terrifying ordeal abroad in which her kids were almost abducted.

Elaine, and her husband Phil, who were with their two kids aged 10 and 11, had been having a brilliant holiday in Turkey until things suddenly changed.

The pair were enjoying a night out when an alleged attempted kidnapping sent them into "pure and utter panic".

While chatting to some fellow holiday-goers, Elaine described how two men "came out of nowhere".

"At that point, I walked over to Phil because they were aggressive.

"The two men attacked Phil. It was absolutely horrendous, the children were screaming. They basically grabbed Phil in an arm each and tackled him to the ground. The other two guys who I had been speaking to, Dean and Mike, were trying to help Phil.

"In the midst of this, I ran to grab my children. Another man came out of nowhere and was trying to pick up one of the other children that were there. He threw a towel over her head and ran.

"Phil was screaming at the top of his voice to get the kids back to the hotel. It was pure and utter panic." 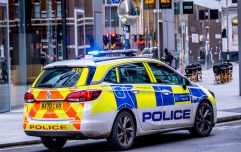 END_OF_DOCUMENT_TOKEN_TO_BE_REPLACED

The family managed to run as far as the hotel lobby and tried to get into the lift, but the men followed and tried to drag them out of it.

One of the children managed to kick one of the men, grab her sibling, and run to a nearby toilet to hide.

"This went on, it felt like hours. Eventually, the police came in. As soon as they came in, everyone's demeanor changed." Phil explained. "The police never spoke to me. Something was pressed into the back of my head."

He told police what had happened but no arrests were made, leading him to suspect that the two men allegedly knew the police.

After finishing with the police, he hid in a closet in the hotel for over an hour until he felt safe again.

Elaine said she still doesn't understand why the men reportedly targeted her and her husband, but she believes it was to create a distraction to try and abduct the children.

The mum claimed it was the most "harrowing experience".


popular
Multiple people killed in Denmark shopping mall shooting
I tried 'slow parenting' for a year and I'm never going back
The finale of The Babymakers had us all in bits last night
Say it isn't so: Workin’ Moms’ to end with Season 7
Congrats! Fiona and Eoghan from TV3's The Babymakers welcome twin girls
Opinion: The obsession with routines and sleep training for babies is weird – and stressful
Expert says Cocomelon acts "as a drug" to kids' brains
You may also like
1 hour ago
Rachel Stevens announces split from husband of 13 years
1 hour ago
Multiple people killed in Denmark shopping mall shooting
5 hours ago
Musings: Now that it's summer, mums please get into the photos
9 hours ago
20 wanderlust-inspired baby names for parents who love to travel
13 hours ago
The most natural thing in the world? You've got to be f***ing kidding me
22 hours ago
The bodies of three missing children and woman found in Minnesota lake
Next Page