The search will continue in Portugal.

Police in Portugal are continuing to investigate Madeleine McCann's disappearance despite the Met Police ending their search.

Sources close to Portuguese authorities say that dismissing the ongoing case review is "completely out of the question."

According to The Irish Sun, Portugal's Attorney General’s Office said that an independent inquiry will continue.

A spokesman said: “The investigation is proceeding, with the inquiry not having a final conclusion yet.”

Sources close to the Portuguese police have dismissed concerns that the current case review will be wound down as Scotland Yard is closing its 11 year investigation.

They revealed to The Mirror that it had been a "long time" since any new information was requested by the UK detective team.

A source said: “Only the German authorities have been sending formal requests for judicial assistance of late.” Funding for the UK's Operation Grange inquiry will end later this year after it was launched four years after Maddie had disappeared from her holiday home in Portugal. 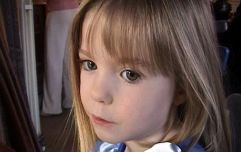 END_OF_DOCUMENT_TOKEN_TO_BE_REPLACED

Since it began, Operation Grange has cost an estimated £12.5 million. It was initially set up by Theresa May, who was the Home Secretary at the time. When it launched, the team comprised of 29 detectives and eight civilians.

Over the years, Operation Grange has translated tens of thousands of documents, and produced age-processed imagery of Madeleine. They have also conducted investigations into over 8,000 possible sightings.

Three years after the launch of Operation Grange, the group had taken over 1,000 statements, collected over 1,000 exhibits and investigated 60 persons of interest and more than 600 sex offenders.

The decision to end this means that is it highly unlikely that the prime suspect Christian B will be charged with her disappearance.

Under Portuguese law, police cannot prosecute a suspect after 15 years, which it is coming close to in the McCann case.

Legal experts say that this time limit means that the chances of making any arrests or convictions was "greatly reduced" after Maddie disappeared in 2007.

German man known as Christian B, 45, was accused of the crime and had lived near the resort from where Madeleine vanished at the time in Praia da Luz but if he was to be charged, he would have been declared an "official suspect" by May 3 last year.


popular
Man reveals he spent an hour trying to save Irish girl (7) in Majorca
Get ready! Casa Amor is happening sooner than you think
Justice Minister Helen McEntee pregnant with baby #2
Operation Transformation reveals she has given birth to a baby boy
Ryan Tubridy has moving reunion with Toy Show star Saoirse Ruane
"It's not even funny anymore": Love Island boys accused of 'bullying' Ekin-Su
Tipperary tragedy: Eldery man died from natural causes
You may also like
1 month ago
New evidence has been found against Madeleine McCann prime suspect
1 month ago
Detectives find new evidence linking prime suspect's van to Maddie McCann case
1 month ago
Madeleine McCann's parents appeal for answers on 15th anniversary of her disappearance
2 months ago
Police identify formal suspect in Madeleine McCann case
3 months ago
Investigation into the disappearance of Madeleine McCann to end soon
4 months ago
Madeleine McCann suspect releases statement from prison amid intensive investigations
Next Page