A man has been charged with four counts of murder.

A 31-year-old man has been charged with the murder of a mum and her two children, and their friend.

Damien Bendall has been charged with four counts of murder.

It is believed he was dating Terri Harris at the time of the murders.

They confirmed: "A man has today been charged with four counts of murder after the bodies of a mother and three children were found at a house in Killamarsh on Sunday. Damien Bendall, 31, of Chandos Crescent, Killamarsh, will appear at court this morning."

Jason Bennett in visible agony this morning as he came to read the messages of support left by the community @GMB pic.twitter.com/Pc7gLVo9ih

A GoFundMe has been set up to support the families of Terri Harris, Jason Bennett, and Connie Gent.

The page was set up by a good samaritan. 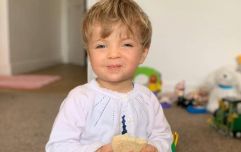 END_OF_DOCUMENT_TOKEN_TO_BE_REPLACED

They shared: "I’m starting a fundraiser to help Jason Bennett, the family of Connie Gent and Terri Harris at this devastating time - I don’t personally know the families but I wanted to do my part as a human being and help however I could."

"For those who may not have heard this tragic news, Jason’s two little angels Lacey & John, their Mother Terri, and friend Connie Gent were all taken from the world."

"Can we all pull together to ensure Jason & Connie’s family are overwhelmed with support and love at this hugely difficult time?"

Funds raised will be divided between the three families for funerals and memorials.

Father Jason Bennett said his heart has been completely shattered following the death of his two children and their mum.