A major part of our childhood.

Sesame Street actor Emilio Delgado has sadly passed away at the age of 81.

He was diagnosed with blood cancer in 2020. He passed away at his home on Thursday, March 10th.

Delgado was surrounded by his loving family when he died.

His wife Carole Delgado said he died at their home in NYC.

A representative for Sesame Street told People he was "a beloved member of the Sesame family for over 50 years".

"His warmth and humor invited children to share a friendship that has echoed through generations."

Sesame Workshop mourns the passing of Emilio Delgado, known the world over for his role as Luis on Sesame Street. A beloved member of the Sesame family for over 50 years, his warmth and humor invited children to share a friendship that has echoed through generations. 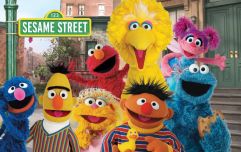 END_OF_DOCUMENT_TOKEN_TO_BE_REPLACED

"At the forefront of representation, Emilio proudly laid claim to the 'record for the longest-running role for a Mexican-American in a TV series.'

"We are so grateful he shared his talents with us and with the world," they added.

Fans of the show paid tribute to Delgado.

One said, "RIP Emilio Delgado. Luis and Maria were the first Latinos I ever saw on TV. They were a huge part of my family. They paved the way."

I need a moment.

With this loss, I think we all do. 💔@SesameStreet actor #EmilioDelgado Dead at 81, Played Luis for 40 Years. https://t.co/mf2zmM1irL

"Such an important person in our childhood and early cognitive memories," they shared.

Another shared, "Thank you Emilio Delgado aka “Luis” for helping to raise so many of us.

"I can still hear your friendly voice and your warm laugh, decades later."

"It's hard to calculate just how many lives this man touched over the years.

"Thank you for your gift, Emilio Delgado as Luis on Sesame Street. Rest in peace."

The actor joined the iconic children's show in 1971 but made his final appearance on Sesame Street aired in 2016.

He also appeared in Sesame Street's 50th Anniversary Celebration in 2019.