It’s been all over the airwaves for weeks now – promises of childcare for €2 an hour, more free preschool, after-school up to the age of 12, along with arguments over how much all of it will cost, and whether or not childcare providers were consulted.

In many respects, the arguments don’t matter; that childcare is being discussed at all in the run up to an election is a huge step forward. Because, as every working parent knows, continuing to pay the highest childcare costs in Europe is unsustainable.

When I asked online, and among colleagues and friends, to find out what parents really want out of GE16, childcare came up over and over. And not just in terms of bringing down costs – parents want it done in a way that is fair to childcare providers and staff too.

“As a parent of two small children, childcare and education are at the top of my agenda,” says Margaret. “Firstly, childcare facilities are feeling a huge impact after introduction of the second ECCE year. Many are able to open only during the 38-week school year meaning they are losing both experienced staff and full-time children. Greater financial assistance to childcare facilities in order to retain trained staff and assist parents is required.”

This is exactly the concern raised by childcare providers and Early Childhood Ireland after Labour’s announcement of the €2 an hour promise. It’s all very well to bring costs down for parents, but not if it’s unmanageable for providers. We need to pay less, but we also need high quality care provided by well-trained, properly paid staff. 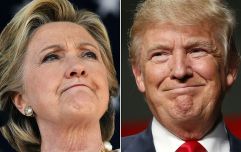 END_OF_DOCUMENT_TOKEN_TO_BE_REPLACED

Mum of one Karen agrees. “I think our whole model of childcare needs a complete overhaul. It's cripplingly expensive for parents, yet at the same time the vast majority of childcare workers are existing on minimum wage. There's a disconnect there that needs to be addressed.”

There are also signs, at least in Dublin, that the pre-recession shortage of childcare places is creeping back in - as mum of one Nicola has discovered.

“Childcare is a huge issue. There aren't any places in the area. All the crèches I’ve spoken to said they’ve nothing until next January, even though I had been in touch last September.”

For parents of very small children, navigating the expensive world of childcare can be quite daunting, but unfortunately, things don’t get any easier when children start school. There’s a mismatch between the school day and the working day, meaning parents must find childcare to bridge the gap. Age-appropriate after-school care can be difficult to find and is often very expensive. 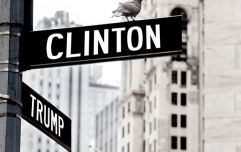 5 Facts To Make You Sound Like An Election Expert

END_OF_DOCUMENT_TOKEN_TO_BE_REPLACED

Dearbhalla, a mum of four, finds this a challenge. “Our school system is based on a nation of stay at home mums. I know that the job of the department of education and the schooling system is to educate, but some joined up thinking is required to move us into the 21st century. The current system makes it very hard for working mums. I look at the French school system and wonder why that model could not be applied in all schools.”

Dearbhalla, whose children go to a French school here in Ireland, explains how it works. “We can drop our children at 8.15, meaning it’s possible to be somewhere by 9.00. And in the afternoon there are after-school activities provided in school - at an affordable price. Yes, it would take organizing, but there must be a way. Insurance could be sorted. It could be a potential income generator for the school. Kids get to play and do activities with their friends. Parents have flexibility and do not have to meet ridiculous times and extortionate costs with external after-school care. And don't even talk to me about junior infants finishing early every day when they start!”

Dublin mum Emily agrees. “The school day in Ireland is very short. I think free computer coding or language classes after school should be introduced - to lengthen the school day for working parents and to build IT skills for example. I would be happier for my kids to be in a school environment for longer, rather than in an after-school club or with a childminder.” 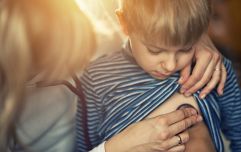 END_OF_DOCUMENT_TOKEN_TO_BE_REPLACED

Mother of four Adele would also like some after-school care. “My kids are doing computer classes in the school and perhaps if these classes were paid for by the state that would be good. I am going to get the ECCE scheme with my youngest, which is good. I don't think child benefit should increase - I think some parents have gone back to saving it. Unpaid parental leave should be increased again up to a higher age than eight.”

We’re a long way from a Scandinavian-style model of high quality, low cost childcare, but at least the discussion is finally on the table.

Along with childcare, children’s rights came up when I asked parents what they want out of GE16.

Mum of two June says that her General Election priority is that the next Government would prioritise children’s needs and rights.

“Investing in quality accessible public services for children will ensure a fair and sustainable recovery.   A child’s early experiences set them up for life. Yet, current lengthy waiting lists for healthcare, expensive childcare and delays in getting supports in schools all negatively impact on children’s development,” says June, who is Head of Advocacy in Barnardos. “I want to see improved community based health services such as speech and language therapy. Greater investment in childcare services as opposed to tax credits for parents, as it will also improve quality in services, and a better resourced school system. All children deserve the same opportunities in life. Yet their futures are determined by a lottery that sees some born with the opportunity to thrive and others forced to fight just to survive. It’s time to challenge the status quo.”

Maureen, who also has two children, feels strongly about what is being done – or not done – for people who are being displaced by the war in Syria. “I don’t think there’s a parent in Ireland who will ever forget the image of Aylan Kurdi on that beach.  He could have been anyone’s son.  His family must have been so desperate to undertake that journey. I think we have a duty to step up and help as many people affected by the war as possible. I know we’re only a small country but to date the number of refuges that the government has offered to take is just too low.”

She is also concerned about the plight of homeless people here in Ireland. “Having whole families living in hotels in this day and age is just wrong. Growing up in that environment is going to have long-term negative impacts on the poor kids involved. Nowhere to cook, no space of their own, nowhere to keep your toys, no play-dates. It’s just so desperately sad”

When it comes to children’s rights, it is children with special needs who often suffer most.

Sarah* who has two children with special needs, understands this very well.

“From the very start, after the shock of receiving a diagnosis, families are faced with lack of rights for their children, and a lack of information, support and services. Policies are imposed from the top down and based of whatever is the fashionable ideology of the day, so instead of looking at the individual needs of each child and family, they have to fit in with the system as best they can.”

All children have the right to the same opportunities in life – the right to high quality childcare, a good education, and easy access to healthcare. That right must exist regardless of circumstances of birth or upbringing. And that’s something all of us have a chance to prioritise when putting an X on the ballot paper for GE16.

*Name has been changed

popular
The release date for season 12 of Call The Midwife has been announced
Elf on the Shelf is actually pretty bad for your kids, according to an expert
"Hard to be a parent": Made In Chelsea's Maeva D’Ascanio rushes newborn son to A&E
Expert says Cocomelon acts "as a drug" to kids' brains
Father took daughter to hospital three times before she died of Strep A
Shows like Bluey and Peppa Pig are actually bad for kids, expert warns
Have you done Santa letters yet? Print one of these 5 cool letters now
You may also like
6 years ago
Andrea Mara on #GE2016: What Do Parents Really Want?
6 years ago
Labour promises €3 Child Benefit Hike
6 years ago
Tánaiste Joan Burton Wants Full GP Care For All
6 years ago
6 Questions to Ask That Election Candidate on Your Doorstep
6 years ago
Paid Paternity Leave To Be Made Law, As Expert Warns 2 Weeks Leave Is Still Not Good Enough
6 years ago
Childcare For €2 An Hour – The Election Promise Of Every Parent's Dreams?
Next Page