Georgia Toffolo to return for I'm A Celeb All Stars

A list of rumoured celebrities has already been released.

A version of I'm A Celebrity... Get Me Out Of Here! featuring its past contestants is reportedly in the works, and could be hitting our screens next year.

According to a report by The Sun, the series will be filmed in South Africa, and rumoured participants include Carol Vorderman, Paul Burrell, Gillian McKeith, Lady Colin Campbell, and Dean Gaffney.

The source has claimed that Georgia, who won the show in 2017, will be paid a handsome fee on the spin-off. The Made in Chelsea star came out on top in the voting, ahead of Jamie Lomas and Iain Lee.

The insider told the paper: "Georgia was real TV gold in her year, and the viewers loved her. She absolutely romped home.

"Her friendship with Stanley was a highlight and fans lapped it up. She was one of the lowest-ever paid contestants but has done really well for herself off the back of it. 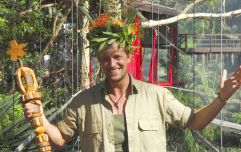 END_OF_DOCUMENT_TOKEN_TO_BE_REPLACED

"She’ll be getting considerably more this time around, that’s for sure!"

This year, a rake of new celebrities will enter the jungle for the next standard season of the show. Due to the Covid-19 pandemic, the previous two seasons of I'm A Celebrity were filmed in Gwyrch Castle in Wales. Podcast host Giovanna Fletcher was crowned the winner in 2020, while Emmerdale actor Danny Miller was voted king of the castle in 2021.

The upcoming season, however, will see the show return to its more jungly roots as the cast and crew head back Down Under to Australia.

Ant and Dec will be hosting, and it's expected that I'm A Celeb will be back on our screens in November.

popular
Breaking: Female child found with severe injuries in Co. Clare
Fans defend Khloe Kardashian for posing in hospital bed with her newborn
School threatens to suspend pupils who don't follow "outdated" uniform rules
Vaccine programme to roll out in primary schools
Extra child benefit, IVF and free GP care: Key takeaways from Budget 2023
Girl found injured in Co. Clare house is in critical condition
Budget 2023: IVF to be publicly funded and free contraception for under 30s
You may also like
10 months ago
Two major soap stars are about to enter the I'm A Celeb castle
10 months ago
I'm a Celeb trials will be different this year, producers reveal
10 months ago
The I'm A Celeb line up is here - and it's... interesting
1 year ago
I'm A Celeb producers book Gwrych Castle for 2021 series
1 year ago
Ex-housemate has no sympathy for I'm A Celeb's Jordan North - because he let her gerbil die
1 year ago
I'm a Celeb's Jess Plummer "secretly" split from boyfriend before show
Next Page