"She was starting school in September"

The mother of the 4-year-old girl killed in a house explosion in London has spoken out.

On August 8th, their south London home exploded due to an undetected gas leak.

4-year-old Sahara Salman was killed during the collapse at their home in Thornton Heath.

Sana said her world has been torn apart following her daughter's untimely death.

Speaking to the Evening Standard, her mother said, "She died a month before her 5th birthday and we had so many plans in place.

"She was starting school in September – her uniform was bought, it was in the house and all of this could have been prevented if people weren’t being lazy and had done their job properly.

"That’s the fact of the matter," she stressed.

The mum explained that she tried her best to save her children when the explosion occurred, but Sahara's room was one of the first to collapse. 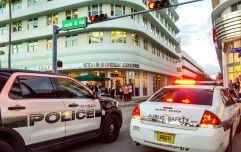 END_OF_DOCUMENT_TOKEN_TO_BE_REPLACED

She added, "The world is so cruel. We have lost our daughter who is our pride and our joy.

“This world didn’t deserve somebody who was so special. It’s our loss."

"She was the most amazing thing to ever walk this planet."

The mum reportedly called a gas company about a suspected gas leak on July 30th.

Someone conducted an examination on July 31st but said there were no issues.

"The gas people should have ensured the safety of not only us but every single person who lives in that area.

“Now we’re all suffering – the whole community. And now we all have to live with the trauma of a little girl dying.”

popular
Breaking: Female child found with severe injuries in Co. Clare
Fans defend Khloe Kardashian for posing in hospital bed with her newborn
Extra child benefit, IVF and free GP care: Key takeaways from Budget 2023
Girl found injured in Co. Clare house is in critical condition
School threatens to suspend pupils who don't follow "outdated" uniform rules
Budget 2023: IVF to be publicly funded and free contraception for under 30s
Vaccine programme to roll out in primary schools
You may also like
1 hour ago
Why Cuba's redefinition of the family is so significant
3 weeks ago
People who drink tea regularly live longer, according to new study
4 weeks ago
16-year-old girl dies after inhaling laughing gas at party
4 weeks ago
Young girl rushed to hospital with head injury after freak accident on rollercoaster
1 month ago
Mum speaks out after leaving her 2-year-old daughter alone in car
1 month ago
Olivia Pratt Korbel's mum tried to stop gunman from entering home
Next Page