The Rock just posted this video of his daughter we're melting

Dwayne Johnson, a.k.a. The Rock, has just posted a video on Instagram confirming our suspicions that he is, in fact, the cutest dad in the world.

Aw, just look at them. She is such a gem.

Can’t say that we disagree there. We are just living for this little father-daughter conversation.

“Oh is your arm cooler?” he asks, when she gets slightly distracted by her own little hand. “I can’t hear you when you’re eating your arm.”

Isn’t it just the sweetest though?

Everyone on Instagram agrees with us and are losing their minds over the cuteness. 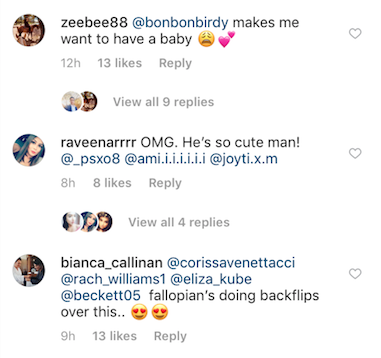 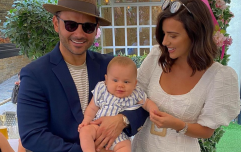 Lucy Mecklenburgh and Ryan Thomas announce the arrival of baby #2

END_OF_DOCUMENT_TOKEN_TO_BE_REPLACED

All this cuteness comes just five days after he shared a photo of him teaching his two-year-old daughter, Jasmine, how to swim.

He included this hilarious exchange between the two when his daughter told him that she liked his “brown boobies” and he replied with: “Thank you baby, but daddy has pecs, not boobies.”

The Rock is dad to three daughters. He has a sixteen year old daughter, Simone, with his ex-wife and business partner, Dany Garcia, and two daughters with his longterm girlfriend, Lauren Hashian. So we guess he's had a fair bit of time to perfect his dad-skills. Doesn't make it any less cute though.

I mean, we were already in love with him, but after this he has our hearts melted.