The three-year-old boy was missing for three days.

A missing toddler has been found alive and well in the Australian bush.

The young boy had been missing for three days.

Three-year-old Anthony "AJ" Elfalak disappeared from his family's home in the rural area of Putty on September 3.

The young boy was found drinking water by a creek in the woodlands.

He was only half a kilometre from his home, reports state.

He had some minor ailments including scrapes and nappy rash but is doing well.

Emergency services and local volunteers carried out an extensive search for the toddler.

#Breaking: Missing 3 year old Anthony ‘AJ’ Elfalak has been found and is currently being assessed by paramedics. @nswpolice pic.twitter.com/v0kAC4yFvO 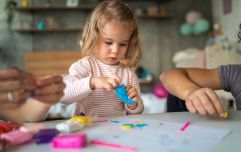 END_OF_DOCUMENT_TOKEN_TO_BE_REPLACED

Aviation support service PolAir located AJ on Monday morning. They then guided the search team on the ground to the boy.

The boy's father was overwhelmed with joy when his son was located.

He told Seven News: "It's a miracle. He's alive. It's amazing. I've been in the bush for four days, I haven't slept."

She said at a press conference: "Obviously after three days, you know, desperate to find him, desperate to get an outcome such as this, so certainly standing here today, it's a good news story."

She believes being so close to water gave AJ the "opportunity to survive".

AJ's family issued a statement shortly after he was rescued.

They praised the emergency services who helped them find their son.

A three-year-old child missing on a rural property in the Hunter region since Friday has been located following a large-scale search.https://t.co/VrlVwL4sYW pic.twitter.com/byOXFCiD1j

"Our family is together again. For that, we are grateful to everyone who has assisted in any way over the last three days.

"Thank you to the NSW Police, Rescue Services, volunteers, community members, friends, and family who have worked tirelessly to find AJ. AJ is fine.

They added: "Hold your kids close."

The family still doesn't know how AJ ended up in the Australian bush. They previously claimed he was abducted.

It is believed there was a suspicious car near the family home before AJ disappeared.

A family friend told Seven News: “How did he leave? Who did he leave with? Did anything sinister happen? We will not stop until we find the truth."


popular
Vicky Phelan shares message of support with Charlie Bird as she deals with pain
"You're disgusting": Prince William roars at photographer who was 'stalking' his family
I tried 'slow parenting' for a year and I'm never going back
6 fun things to do in Dublin on your next family day out
Wait, are former contestants returning for Casa Amor?
Planning a family trip to Kerry? Discover everything Muckross House has to offer this summer
Friends co-creator says she's now "embarrassed" by the series' lack of diversity
You may also like
2 months ago
Woman in over £100k worth of debt from fertility treatments is pregnant at 47
2 months ago
Carnival ride forced to stop after harness on toddler flies open
2 months ago
Australian mum pleads guilty to infanticide
3 months ago
Letting a baby 'cry it out' does them absolutely no harm, say scientists
3 months ago
Man arrested after stealing card with baby boy inside
4 months ago
British man killed by shark in Sydney's first fatal attack in almost 60 years
Next Page