Between homework and activities and playdates and those afternoon-induced toddler tantrums and stuck-in-traffic delays and what not, actually sitting down together for family dinners can be a tough undertaking these days.

However, eating together as a family is something we should all try harder to do, it seems, and the good news is that it doesn't really matter if it is breakfast or brunch or dinner on a Wednesday as long as we actually commit to doing it on the regular.

Even better? It matters even less what we eat, whether the meal in question is organic grain bowls or ketchup-drenched, defrosted, dinosaur-shaped nuggets, what is important here is that we sit together with our children, around the table and consume some food.

Why, you may ask? What is the big deal, is it not more important that we all get to eat, regardless of whether or not we do it at the same time, at the same table?

Actually, it is not. When it comes to raising happy, healthy, well-turned-out children, here is why prioritising frequent family meals is important:

1. Children do better in school and have a better academic performance

According to a large-scale study by researchers at Harvard, eating together is good for children's learning and vocabulary.

"We found that for young children, dinnertime conversation boosts vocabulary even more than being read aloud to...Young kids learned 1,000 rare words at the dinner table, compared to only 143 from parents reading storybooks aloud. Kids who have a large vocabulary read earlier and more easily.”

This, apparently, gets even more important as our children get a little older. “For school-age youngsters, regular mealtime is an even more powerful predictor of high achievement scores than time spent in school, doing homework, playing sports or doing art.” 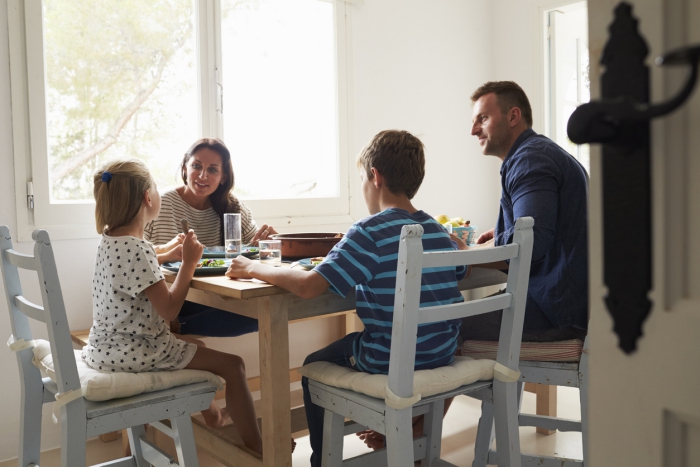 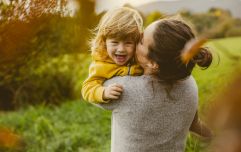 END_OF_DOCUMENT_TOKEN_TO_BE_REPLACED

2. Children are at lower the risk of substance abuse later in life

More important than eating, when we sit around the table with our family, we talk. And this communication is vital is future-proofing our children against a lot of different things, such as for instance depression. And substance abuse.

Research found that teens who seldom eat with their parents are almost twice as likely to have used alcohol, and 1.5 times likelier to have used marijuana. “The magic that happens over family dinners isn’t the food on the table, but the communication and conversations around it,” explains the center’s marketing director Kathleen Ferrigno. “Of course there is no iron-clad guarantee that your kids will grow up drug-free, but knowledge is power, and the more you know, the better the odds are that you will raise a healthy kid.”

3. It lowers the risk of both obesity and eating disorders

Ever hear the expression "monkey see, monkey do?" It's true – words will only get you so far, to really raise good children, as parents, we need to model the behaviour we want to see in them – and start doing this early. Family dinners are great for this, and provide ample opportunities to model—and regulate —healthy eating habits.

In another (unrelated) study conducted by University of Minnesota researchers found Americans (parents and kids) are significantly less overweight if they share family meals more frequently, and have fewer distractions at the table (like tech). Kids who eat dinner with their families often also eat healthier (more fruits and vegetables; less soda and fried foods), according to a study by Harvard Medical School’s Obesity Prevention Program.

4. It increases children's and teens' self-esteem and resilience

According to psychology researchers at Emory University, children who have frequent family dinners “know more about their family history and tend to have higher self-esteem, interact better with their peers and show higher resilience in the face of adversity.”

In a busy household, the dinner table is often where stories are told and where we really get a chance to sit down and chat about our days, and according to Marshall Duke, a co-director of the study, which analyzed 120 hours of recorded family dinner conversations, "As the family talks about things, I think they are teaching the kids about assessment, about appraisal. How bad is this? How good is this? Resilience is nurtured when the child understands that negative events don't define the family history.”


popular
Positive parenting: The ONE thing you should do when you have lost it and shouted at our child
Totally tropical baby names inspired by Hawaii
"Just take the picture" – one dad shares beautiful reminder to capture mum in pictures
Pregnant with Pelvic Girdle Pain? These Gentle Exercises Might Help
10 things to put in your hospital bag (that you might not have thought to pack)
The flattering €16 Penneys dress we'll be wearing every day for the foreseeable future
Can you pronouce these 7 'unique' baby names? They're trickier than you think

You may also like
1 day ago
Positive parenting: The ONE thing you should do when you have lost it and shouted at our child
1 day ago
Apparently, getting your kids up and ready for school is equivalent to an extra day's work
2 days ago
"Just take the picture" – one dad shares beautiful reminder to capture mum in pictures
3 days ago
Mum's affection can boost a child's health for life, study shows
3 days ago
Are we concentrating too much on being friends with our children?
3 days ago
Mum shares powerful open letter to the plane passenger annoyed by her crying toddler
Next Page