When my little girl started school last year, she was four and a half (turning five four months later) – and to me, she still felt so little.

Now, she took to it like a duck to water and is thriving in every way, but coming from somewhere where children don't go to school until the (calendar) year they turn six, four felt too young.

Granted, in Norway, pretty much all children will attend creche from they are between 12 and 18 months old, and the last year of creche is a lot like junior infant level here, where they learn their letters and numbers and will start to learn how to write and do simple maths, but it is still creche. The majority of their day will still be spent playing with their little friends. For the most part outside in the fresh air.

And in a society where childhood seems to be getting shorter and shorter and adulthood so much too quickly rushed into, I found myself grieving the playtime and just-being-little time my little girl lost by starting school at just four here in Ireland.

And the thing is, much as four (maybe five) has been the age in which Irish children go to school for a really long time, a recent study shows that doing things the Scandi way might be the way forward. At least if you want to look out for your child's mental health, which I am assuming we all want.

According to a new study, published by the National Bureau of Economic Research, delaying the start of school until the age of seven provides 'mental benefits' for the child. That's right, seven.

The study was conducted in Denmark, where, like Norway, the children don’t start school until the year they turn six. (In Sweden it is seven, by the way, which was also the case in the other Scandinavian countries up until a few years ago). Basically, it means holding children back for up to two-three years, which seems like a mighty stretch, but according to the researchers, it is absolutely something to be considered.

There is strong evidence to suggest that delaying school until age seven reduced inattention and hyperactivity, with the benefits still showing until they are 11 years old (where the research ended). 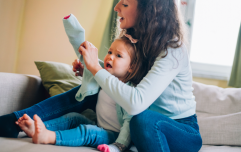 END_OF_DOCUMENT_TOKEN_TO_BE_REPLACED

Professor Thomas Dee, who co-authored the study with Hans Henrik Sieversten, explained the findings in a Stanford press release:

“We found that delaying primary school (until age seven) reduced inattention and hyperactivity by 73 percent for an average child at age 11,” Prof. Dee said, “and it virtually eliminated the probability that an average child at that age would have an ‘abnormal,’ or higher-than-normal rating for the inattentive-hyperactive behavioral measure.”

This study showed that children who started school later were able to sit still, pay attention and stay focussed for longer, which eventually resulted in higher scores at school.

“This is some of the most convincing evidence we’ve seen to support what parents and policymakers have already been doing – choosing to delay primary school entry,” Prof. Dee said.

What do YOU think, mamas? What age were your little ones starting school, and did you ever end up wishing you had delayed them starting? Let us know in the comments or tweet us at @Herfamilydotie


popular
Kate Middleton reveals that Prince William doesn't want any more children
The €15 Dunnes Stores top that we're totally obsessed with at the moment
People are really not liking the outfit that Holly Willoughby wore this morning
Kate Middleton is wearing a sold-out €16 Zara dress today and we just LOVE it
Penneys just posted a jumper and skirt combo that we NEED to have
This handy trick for cleaning up glitter spills is a life saver
An email Kate Middleton sent to friends before joining the royal family has resurfaced
You may also like
1 day ago
Mum's affection can boost a child's health for life, study shows
1 day ago
Are we concentrating too much on being friends with our children?
1 day ago
Mum shares powerful open letter to the plane passenger annoyed by her crying toddler
1 day ago
There is a perfect way to keep on top of your family's laundry, says this organisation expert
1 day ago
You should do this straight away if your toddler starts to hit
2 days ago
The 1st year: 4 tips to TRY to help your baby to sleep through the night
Next Page