Dear parents, can we please stop crediting Santa with the super-expensive gifts and gadgets?

There are few moments more pure and filled with joy than that of being a parent to young (and older) children on Christmas morning.

The whole month of December has been the build-up, and then, seeing their faces when they arrive into the living room and see that Santa did indeed come, it is pure, joyful magic.

In our family, the letters to Santa usually get sent off in early December (after the Late Late Toy Show has aired, of course), and then all there is left to do is wait – and try to be good, of course.

Ever since my children started writing their Santa letters, the rule is that they can put one big-ish thing on their list (a race track, a Barbie camper etc.), one smaller thing and then a surprise. End of.

Because, I always explained, if not, Santa would be so busy trying to get all the things you wished for sorted he might not have time enough to make something for all the other children. And my kids, as kids do, accepted this straight away and have since stuck to this when writing their lists every year.

However, every family is different and every family's financial situation is different, and while some parents can afford to buy their children the entire Smyths catalogue and then some, there are others who are looking through thrift shops and saving up hard to afford that one thing their children want the most. And I think, in the spirit of Christmas, this is something we all need to remember, no matter how well off we are ourselves.

Why? Because children talk. And they compare. And then they are left wondering how come they got one thing from Santa, while their friend got 15 presents, and they were all huge, big, expensive things.

Last year, a Facebook post about this very topic went viral online, and I think it is something we all need to read and keep in mind this time a year.

Megan Dunn, a social worker from Owensboro, Kentucky, says there's a really powerful reason parents may want to consider making sure their kids know that their gifts — particularly expensive gifts — came from them, and not Old Saint Nick.

And no, parents, it's not so you can take that glory for yourself. 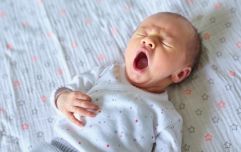 END_OF_DOCUMENT_TOKEN_TO_BE_REPLACED

"I can not stress this enough. STOP TELLING YOUR SANTA AGE KIDS THAT THEIR IPADS, AND IPHONES, AND 200 DOLLAR TOYS ARE FROM SANTA.

CAUSE SOME FAMILIES CANT AFFORD THAT. LITTLE KIDS WONDER WHY THEY GOT SOCKS OR A COAT OR HAND ME DOWN TOYS FROM SANTA AND OTHER KIDS GOT AN IPAD.

This is the second year I’ve had a parent cry to me telling me that their kid asked if they weren’t good enough or if Santa didn’t like them as much. Breaks my heart for the parents and the kids.

SO TAKE THE CREDIT FOR THE GIFT. SANTA DIDNT BUY THAT IPAD MOMMA DID OR DADDY DID. Leave the less expensive gifts from Santa. Be blessed you can afford what others cannot.

From Santa or from mum and dad?

Why does all this matter? Because children inevitably compare notes — and kids from less fortunate families will wonder why Santa only brought them socks and a coloring book (if that), when he brought Molly from down the street an iPad.

Children from less well-off families understand inequality pretty much from birth. They know some parents have more money than others and can afford to buy more expensive gifts. But “Santa” is not restricted by any such budgetary concerns, so, for kids who believe, his seemingly unfair and inconsistent gift-giving process is harder to grasp.

Jackson's post gathered hundreds and hundreds of comments, most of them in support of the message she was putting across, but there is no denying that the topic also sparked a heated and passionate debate. And so while some reacted with empathy, totally understanding why this issue could cause pain for some children, others reacted with indignation and outrage, offended that anyone would dare try to tell them how to “do Christmas” in their own families.

But before you write your list and check it twice, just think about it: Parents who cannot afford what most other parents can are then put in the no-win situation of either letting their children feel Santa only really likes children from well.off families, or they feel forced to reveal the truth about Santa, the elves and the North Pole, and hence taking Santa and the little bit of childhood normality and magic away from the children so much too soon.

Where do YOU stand on this issue, parents? Is Santa bringing very expensive toys in your house, or are there gifts that are from mum and dad too?


popular
'Every breath is a struggle' Father of three children found dead in Dublin home issues statement
Mum with baby on 10-hour flight praised for 'thoughtful' gesture to her fellow plane passengers
Mum goes viral after sharing her hospital bag must-have
Chrissy Teigen did NOT hold back when responding to criticism of her son's outfit
Penneys is currently selling the PERFECT white blouse, and it's only €15
River Island's floral €60 dress is the first piece you'll want for your spring 2020 wardrobe
Say it ain't so - popular Irish baby store BabyChic announce that they are closing

You may also like
8 hours ago
Mum goes viral after sharing her hospital bag must-have
1 day ago
Four handy and essential time-saving tricks to help any parent on the run
1 day ago
Mum with baby on 10-hour flight praised for 'thoughtful' gesture to her fellow plane passengers
2 days ago
3 super fun bath time tricks that every parent should be armed with
3 days ago
A hospital sign urging parents to stop looking at their phones has sparked some controversy
3 days ago
The images that sum up what motherhood ACTUALLY looks like (and you know it's true!)
Next Page