Have you tried one of these?

Bath time with small kids can get messy and even uncomfortable if you have to stretch in to reach them.

It can also be a massive waste of water, which is why eco-conscious mamas are loving the Baby Dam. 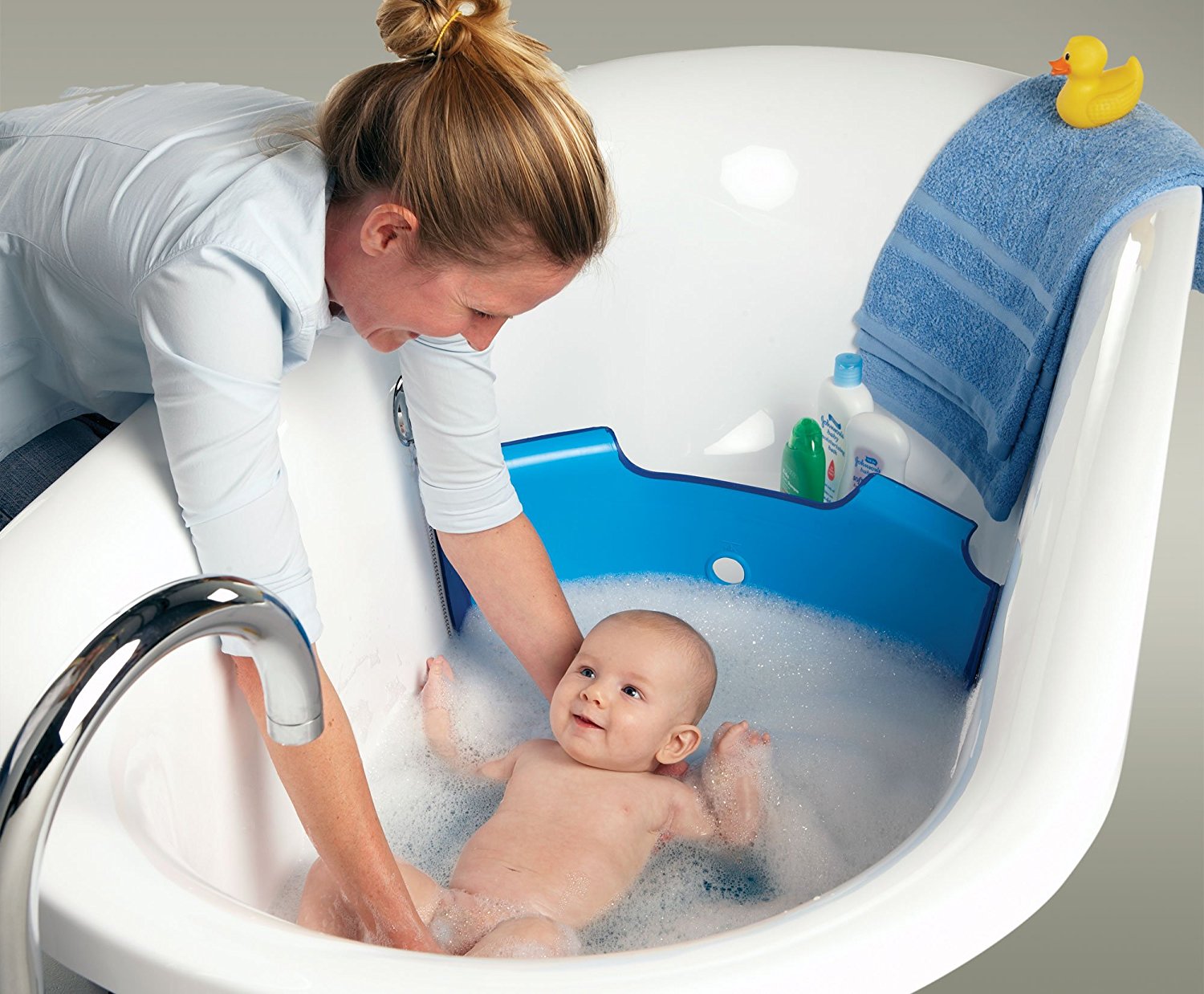 It does what it says on the tin, slotting into the bath and acting as a barrier to allow parents to fill up one side of the tub without wasting time or water filling the whole thing.

It also means you can get into the bath behind your baby, saving you from back ache as you stretch to reach them.

The Baby Dam was invented by Deb Piner, a UK mum who was fed up of wasting water and having to position herself at awkward angles at bath time.

Hang it, stick it, hide it! Gone are the days of having to store away a heavy, large baby bath! How do you store yours? #savewater pic.twitter.com/VkciFJNK0g

The product sells worldwide and has attracted plenty of attention online, but not everyone thinks it's a good idea.

Many parents on Facebook were concerned about having their baby so close to the bath's taps.

"As if anyone would put a baby or toddler that close to the taps where they could scald themselves on the tap or plug or bang their heads."

"I'm all for saving water, but I would not trust my combination tap like that!"

Other people pointed out that the dam could be used at the other end of the tub to keep baby away from the taps if you have a shower head that will reach to fill it.

What do you think? Would you give one of these a go or would you rather stick with the traditional baby bath?

You can check out the Baby Dam website here for more info.