Kids always fighting? Research shows it could be a good thing

My children love each other so much that at times, watching my 4-year-old crawl into his big sister's bed at night when he can't sleep,  I will literally cry at how amazing and beautiful and sweet their close bond is.

That feeling lasts a few hours until they are awake again and literally screaming at each other over who owns some rubber bouncy ball or pink unicorn slime that was spilled or Lego towers that were ON PURPOSE knocked down.

And such is life with a sibling, no? 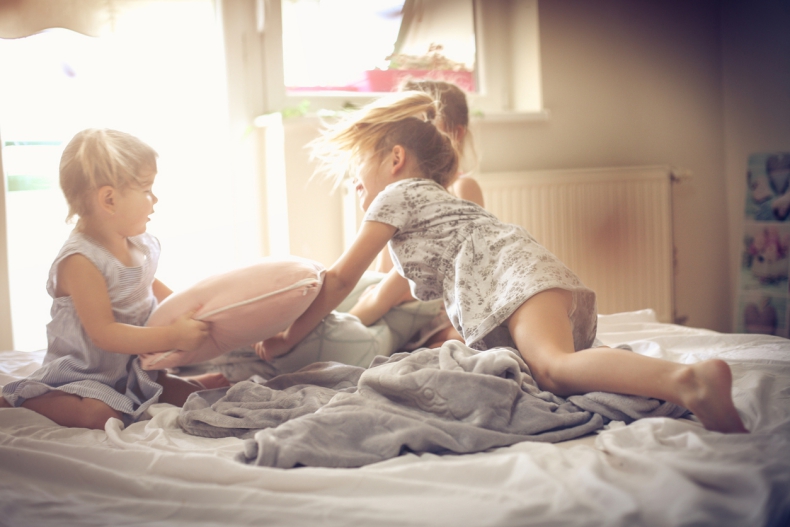 I mean; I remember car trips when I was little, where my mum practically spent the entire journey halfway between the front seat and back seat, trying to keep myself and my 18-month-younger sister apart when we were up in arms over something, be it who looked at the other person funny or something equally death-wish-serious.

However, much as the constant battles can get on our nerves, there are actually experts arguing there are good reasons to not interfere or refereeing their battles – at least not straight away or every time.

Yup, it's true – fighting with a sibling can actually be good for kids. And here's why:

In an article in the New York Times, psychology professor at University of Pennsylvania, Adam Grant, argues: "The skill…to have a good argument that doesn’t become personal is critical in life. But it’s one that few parents teach to their children. We want to give kids a stable home, so we stop siblings from quarrelling and we have our own arguments behind closed doors. Yet if kids never get exposed to disagreement, we’ll end up limiting their creativity.”

Yup, it's true. Apparently there are great life skills to be gained from a living room throwdown. And also – Grant says we shouldn't feel too guilty about (healthily) hashing things out with our partners within earshot of the children either. "Studies show that parental conflict was significantly positively related to later adult levels of creativity.”

Look, we're not saying you should let them get into fist-fights over Lego towers or slime, but we could all get better at not intervening too quickly when our kids are having a fight. Real life won't always have someone mediating arguments and facilitating reconciliation, so kids need to learn to manage this by themselves.

3. Fighting with siblings toughens them up for dealing with other kids

There is no denying that having siblings and being used to having to fight your ground with them also prepares kids for life outside home, be it the playground or school – or even later, the workplace.

“If we rarely see a spat, we learn to shy away from the threat of conflict,” says Grant. “Witnessing arguments—and participating in them—helps us grow a thicker skin… There’s no better time than childhood to learn how to dish it out—and to take it.”


popular
Viewers raise over €290,000 after Munster's Billy Holland and wife Lanlih's emotional Late Late Show appearance
Expecting a baby boy? 10 short and sweet names that are actually really cool
The ironing hack that's about to make your everyday life so much easier
Brad Pitt's response to the drama over his reunion with Jennifer Aniston is interesting, to say the least
Mother says she used tech gadget Alexa to potty train her son and it worked wonders
Royal insider responds to reports Meghan Markle is set for a tell-all interview with Ellen DeGeneres
The most popular baby names in the world have been revealed
You may also like
1 day ago
The images that sum up what motherhood ACTUALLY looks like (and you know it's true!)
1 day ago
If you could have a "parenting do-over", what would you change?
2 days ago
Mum starts debate after admitting to wanting to invite only 10 kids from daughter's class to her birthday
4 days ago
5 handy tricks that might help your child stop wetting the bed
4 days ago
Don't ask your kids if they've had a good day at school (but ask this instead)
4 days ago
Here's the simple question that can diffuse a toddler tantrum in 10 seconds flat
Next Page