Can we all just agree that the situation we are in now, between homeschooling (again) and lockdown (again) and working from home (still) is so, so stressful.

I have my own full-time job, yet I am also now finding myself being a teacher for a 7-year-old and a 10-year-old. And if that is not enough, I also have to make sure dinners are made, laundry is folded etc., etc.

My plate is more than full, it is overflowing – and nobody can tell us when it will all end.

And much as us mums really are superheroes, we are also human, and we get stressed out like everyone else.

The problem with allowing mums to get this stressed out? It affects our children – in more ways than you realise.

According to The American Institute of Stress, mums' stress and negative feelings can 'rub off' on their child.

Children can often be seen as sponges, and in a way, they soak up everything around them. Including being aware if mum is feeling extra stressed that day. It also doesn’t appear to matter how hard mothers try to hide their feelings from their children. And even if we slap on a smile and carry on as normal, children are still able to pick up on what you are feeling, and it can still be passed on. 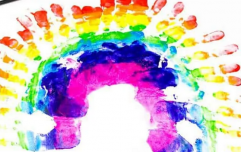 END_OF_DOCUMENT_TOKEN_TO_BE_REPLACED

According to Forbes, when a child can sense and pick up their mother’s stress, it can come out in 'bad behavior' that mums might not realise have anything to do with how they are feeling. Meaning – managing your stress when you are a mum is actually more important than you think.

Interestingly, fathers' mental state don't seem to have the same effect on their children, according to Science Daily.

Studies showed that fathers did not transmit their stress as much as mothers did, and they believe that is because fathers generally always suppress their emotions in front of their children.

The theory is that children are used to dad being 'fine' when he is really not, but they are not used to it from mum. Mothers generally show their emotions much more, so when they try to hide it from their children, the kids pick up on it. As in, it is more 'abnormal' to hear mom say that she is 'fine' when she really is not.


popular
10 seriously unique Irish baby names that are not too popular (yet)
Mindfulness: 7 simple techniques to try when your mind just won't stop worrying
A TikTok hack shows how partners can help a pregnant mum when her back is hurting
RTÉ 2 wins rights to Harry and Meghan's Oprah interview
Mother's Day gift guide: 13 presents we'll be gifting all the mamas on our list
Baz Ashmawy announces birth of first grandchild
Five quirky Irish children's clothing shops that you should check out in 2020
You may also like
1 week ago
Mum confession: The one positive parenting trick I found most useful with my own kids
1 week ago
Raising boys: The beautiful words every boy mum needs to hear
1 week ago
Hillary Duff dyed her hair blue – and the internet immediately mom shames her
1 week ago
Back to school (again): The 15-minute trick that is about to change your hectic mornings
1 week ago
Maths is harder than ever for parents says study – and tell us something we don't know
1 week ago
The internet is loving Princess Eugenie's "very real" first baby pictures
Next Page