You will never in your life face a learning curve quite as steep as when you become a parent for the first time.

I mean; there is just so much to learn, from how to assemble Ikea cots and soothe sore nipples, to how to get a poop-covered babygro over the baby's head without smearing poop everywhere.

And with so many important new skills to master, it is no wonder it is easy to forget to read the small writing sometimes.

This was the case for a young mum from the UK, who recently admitted to Manchester Evening News that her and her partner have been getting this one particular thing wrong about nappies since they first had a baby.

And judging from the reactions, they are not alone.

Nicci Pearce had been completely oblivious to the nappy size rule that could have stopped their babies' nappies leaking – meaning they have been changing their little ones far more than they needed to.

Like most parents, Pearce thought the plus symbol on packs of nappies meant it was a 'half size' - with 4+ for example being a step up between four and five. (I know that's what I thought it mean, anyway!)

But get this: The + sign is actually an indicator of added absorbency and is nothing to do with size. 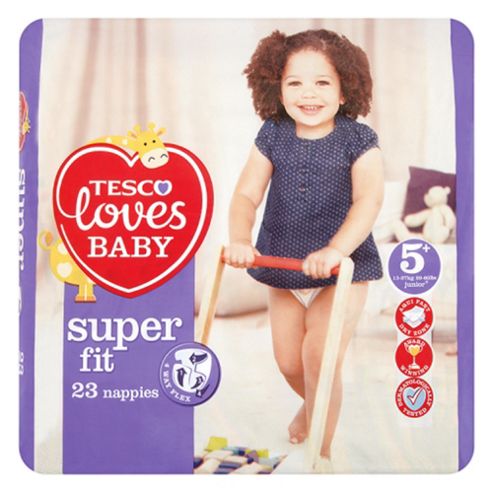 Meaning that the nappies marked with a + sign are simply just more absorbent, and that a nappy size 5 and one size 5 + are actually the exact same size.

Well, I don't know about you guys, but this just blew our minds.


popular
Due in 2020? These baby girl names are sure to be popular in the coming months
Zara's €20 top comes in eleven different colours and it's the cosy comfort we need
Easter celebrations at home with your family! How to cook the PERFECT beef roast
Vogue Williams and Spencer Matthews' reality TV show has reportedly been cancelled
13-year-old boy dies of Covid-19 in the United Kingdom
No need to run to the shops: a recipe that will turn you into a bread making pro
5 easy - but really impressive - birthday cakes you can make at home
You may also like
6 hours ago
How to potty train your toddler in three days, according to the experts
3 days ago
Apparently, putting the kids to bed early is good for your mental health, mum
1 week ago
Positive parenting: The 5-second trick that promises to make you a happier, calmer parent
1 week ago
Six years on, here is what I would go back and tell myself the day my baby was born with Down Syndrome
1 week ago
Social distancing scavenger hunts are a thing – and your kids are going to love it
1 week ago
Talk, talk, talk: Here's how to respond when your child asks seven million questions a day
Next Page