Mum calls out common phrases people use that sexualises toddlers

Toddlers – and kids in general – are adorable, I am sure we can all agree on that. But have you ever stopped to think how some people talk about looks when it comes to children – and how it, in fact, does not feel right at all?

Yes, we all love hearing how adorable our little ones are – as I am sure all of us think our children are truly beautiful – but what if the phrases used are actually rather eyebrow-raising and almost sexualizing in nature?

Taking to Reddit recently, one mum shared some thoughts on this:

"I have a 3-year-old and of course I think she's the cutest little kid in the world. She has bright blue eyes, long dark eyelashes, blonde hair, and chubby little cheeks." She noted that most of the time, she hears comments like, "Your daughter is adorable/cute/ etc.," to which she replies, "Aww thanks."

She continued, "But we also get a lot of people saying stuff like, 'You better lock her up, the boys will be chasing after her.' 'She's going to be so much trouble when she's a teenager.' Like could you NOT talk about my 3-year-old like that?"

Is sexualised language like this really OK to use about kids?

The mum reveals she feels like she honestly has no ideas what to say to people when they come out with comments like that as most of the time, it happens in passing, like while she is trying to check out at the grocery store and in a rush.

"And so I don't really feel like lecturing. Out of habit, I just do this awkward grimace and forced chuckle and try not to talk to them too much."

"Does it make you feel weird when people say stuff like that about your kids? Am I being over-sensitive? What do you even reply to that in the 10 seconds?'

Needless to say, the thread was flooded with comments, with many other users agreeing with the mum, sharing stories about comments they have heard said about kids, whether their own or other people's children.

"My daughter is 2.5 and biracial and the comments I get are terrible. I also really hate when she’s just playing like opening her legs or dancing and family members are like 'she’s starting early.' I’m like, 'Wtf stop making things sexual about my child.'" 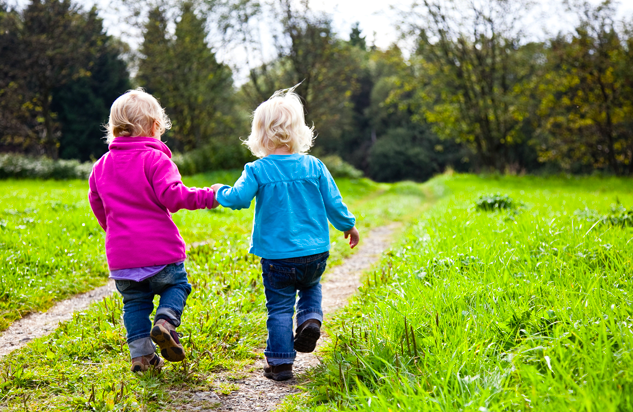 "My daughter is 10 now, and we get this all the time. I usually just say something like, 'She’s 10, we’re not concerned about that.' Most people get the hint without having to call them creeps."

A dad then commented on the thread, revealing he had heard similar comments from his own children's grandfather.

"I had a problem like this with my kids' grandpa recently. Daughter is one, with two older brothers. Grandpa remarked, 'It's a good thing you have two older brothers to protect you when you get older, because you're so pretty.' Uggfhhh. Her brothers are not her guardians, she will be raised to be strong and independent just like them. Her looks will not 'get her into trouble' either (part of the response after my annoyance was mad apparent). I'm a dad, I have male and female children. They're all being taught consent, respect, and independence. I hate this attitude where girls are in need of 'protection,' and parents need to 'watch out when she gets older!' Jesus she is a f***ing toddler still, why are you sexualizing her looks. It's gross."

Not everyone agreed with the mum's post though, with some Reddit users commenting they felt she was overreacting and that people pay compliments in different ways.

"I've thought the same thing about kids who are especially pretty/attractive. It's a compliment. No one is saying they are attracted to the child. People need to relax."

"It's just an offhand comment people say because they want to say something. They aren't sexualizing my kids ... it's just a general stupid comment that they're using as a compliment. There are way better things to get worked up about."

What do YOU think? Should we think twice about the language we use when complimenting – or even just talking about – kids? Let us know in the comments.

popular
Opinion: All schools should have generic school uniforms
Here's where you can get the best deals on all your Back to School essentials
Ekin-Su and Davide taking their mums to New York with Love Island winnings
Baby twins die in hot car after dad forgets to drop them to creche
Luca and Gemma to take major step in their relationship
A mum's experience of being made redundant... while 7 months pregnant
Five teenage girls rushed to hospital after crash in Kilkenny
You may also like
4 days ago
How soon is too soon to leave your new baby for the first time?
1 week ago
If you could have a "parenting do-over", what would you change?
1 week ago
These are things police officers wish you’d teach your kids to keep them safe
2 weeks ago
I tried a viral 5-second trick that promised to make me a happier, calmer parent
3 weeks ago
I kicked my daughter's friend out of her birthday party- was I wrong?
3 weeks ago
Mums are sleep deprived for six years after having a baby – and yet dads are not
Next Page