My sister and I are only 18 months apart, so growing up, I never had to babysit her as such.

The same is the case with my own children. At just three years apart, my daughter was not old enough to 'babysit' her brother in any capacity when they were younger. Now though, at 12, there are times when I can leave her in charge at home if I have to nip to the shop quickly or ask them to walk home from school together, knowing she is well able to keep tabs on her younger brother.

However, I also feel quite strongly about never making her feel like it is her job or her responsibility to do so – and so I always ask her if she minds – which she genuinely never does.

I have friends with children who are born with much bigger age gaps, and in those cases, I think it is more common that the older siblings help look after and even babysit the younger ones.

But here's the thing – even though there is a natural expectation for a family to help each when they can, is there a boundary? Is there a limit?

One mum recently discovered there is, and she's been bluntly called out for her attitude. 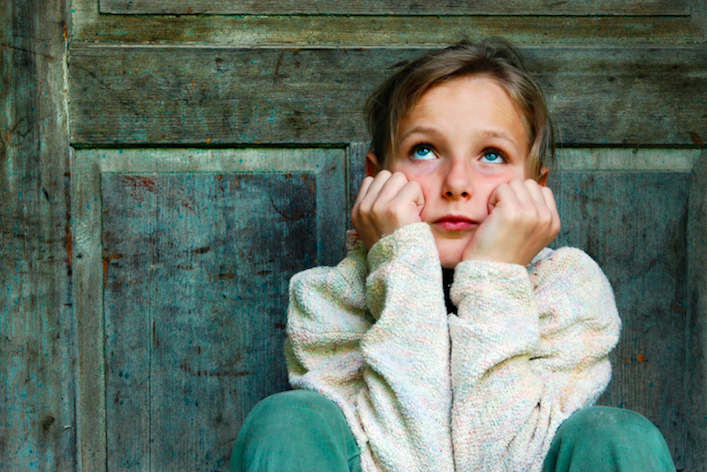 "Babysit or move out"

A rather frustrated mum-of-five recently took to Reddit to explain that she's had a falling out with her 21-year-old, who refused to help her mind his siblings - when they were all on vacation together.

He wanted to "relax and chill", while she gave him the ultimatum to either babysit, or move out when they got home.

In her post, the mum explains that her husband had to pull out of their family holiday last minute for work - and so it was herself and her five children – which proved a lot according to the mum.

Explaining her stance, the mum explains that her 10-year-old twin girls Sophia and Lisa "cried A LOT", while 17-year-old  Joshua tried to help with them and one-year-old Emily.

"Whatever we did, Danny was absent for it," she wrote.

END_OF_DOCUMENT_TOKEN_TO_BE_REPLACED

"Like for example, going to the beach, banana boats, Luaus, and watching his younger sisters when they just wanted to go to the pool, he'd stay in his room on his phone, chatting with his friends," the mum complained.

She became more frustrated with Danny, and blamed Joshua for not enjoying the vacation on his lack of action.

"I hated having to put most of the work on Josh because he wanted to have fun too, and my daughters [were] helping with the baby," she wrote.

"I called him down to help, but he said he 'wanted to relax and chill. We literally came here to relax, chill, and have FUN, though we weren't having lots of fun with less help, a crying baby, two ten-year-olds who wanted to go to the pool, and my other son who wanted to get away from his sisters for at least an hour. It was a mess."

While the mum was evidently exhausted and frustrated, she took it out on Danny.

Eventually, she told him: "If you can't step up and help the woman who gave birth to you, lets you live in her house rent-free, while giving you a job, whose money you just spend on silly games instead of getting an apartment, then you can get out of my house and pay for your own stuff."

Needless to say, the controversial post quickly went viral, and had thousands of comments, with many slamming the mum for "parentifying" her adult son.

Parentification, in case you are not aware, is a term used to describe when a child is made to take on the role and responsibilities of an adult. This could be in the form of providing regular care for younger siblings in lieu of parental care (so, not just babysitting), or having to take on the brunt of the responsibility when it comes to housework.

"It was your choice to give birth to five kids. Not Danny's," one person wrote. "What exactly are you doing in this story? Except for being pregnant. Again."

Another noted: "He's not your husband or the father of your kids. Stop popping them out if you can't handle so many. And I say this as a parent."

A third one chimed in: "It very much sounds like Danny was brought along against his will to 'co-parent' his younger siblings. Hence why he spends the whole trip in the hotel room talking to his friends."

popular
People are realising what the red Christmas lights are actually for
Parents told to stop buying selection boxes for kids- here's why
Opinion: He may be a politician, but Leo Varadkar's personal life is none of our business
Expert says Cocomelon acts "as a drug" to kids' brains
"My heart sank": Tubridy hit with backlash over Toy Show remark
Elf on the Shelf is actually pretty bad for your kids, according to an expert
Shows like Bluey and Peppa Pig are actually bad for kids, expert warns
You may also like
17 hours ago
Parenting expert claims making kids sit on Santa's lap is "bullying"
1 month ago
I kicked my daughter's friend out of her birthday party- was I wrong?
1 month ago
I think it's safe to say we'll all be holding our children a little tighter tonight
1 month ago
How to potty train your toddler in three days, according to the experts
1 month ago
Kelly Clarkson admitted she spanks her children if they misbehave
1 month ago
Hilary Swank, 48, reveals she is pregnant with twins
Next Page