Should The State Provide Mandatory Parenting Courses? Our Readers Think So...

So what are the arguments for and against?

The case against parenting classes

Most of us don’t like to be told what to do - as soon as anything is obligatory, we resist. And being forced into learning isn’t a great starting point. It conjures up images of reluctant parents, looking for babysitters or arguing over whose turn it is to go to class. Indeed, when I asked the question among friends and online, the obligatory element was the problem.

“I'd be against it, in theory anyway,” says mum of three, Naomi. “The mandatory bit gets me, and looking back, the biggest parenting errors I made were when I implemented other people's parenting 'tips' – we’ve all had experiences of the pushy ones who insist you are doing it all wrong!”

Stella O’Malley, author of Cotton Wool Kids, also has an issue with the idea of obligatory classes. “I'm appalled by the idea of mandatory parenting classes! And yes, without a doubt it's the mandatory bit that is appalling. Parenting classes as a choice are a wonderful idea and really helpful to parents in my opinion.”

Parenting is instinctive and personal

Whatever about being told what to do, we particularly don’t like to be told how to parent. Anyone who has ever been asked why their six-week-old newborn isn’t sleeping through the night or been told that using a sling is spoiling the child will know how that feels. As parents, we reiterate to one another in playgrounds and online forums that what’s right for one child isn’t necessarily right for another. So if there’s no true correct way to parent, is it really possible to run a class on parenting?

Mum of one, Abina says her initial reaction on hearing the question was a definite no, but then she thought about it more. “Actually it's not the worst idea ever. As long as the focus was on health, nutrition, eating, exercise, and childhood illnesses rather than parenting philosophies, I think it would be good.” 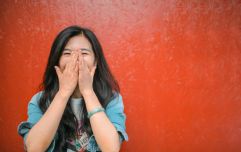 Musings: I am the parent that runs a mile when my child's school asks for volunteers

END_OF_DOCUMENT_TOKEN_TO_BE_REPLACED

Whose advice is the most correct?

One expert may advocate time-out and removal of privileges as a means of discipline, another may advise positive reinforcement in place of punishment. And as pointed out by Naomi, advice and guidelines can change. “Parenting advice seems to go in and out of fashion. Like the time-out thing that was advised when my children were small - I believe that is not thought to be a good idea any more? So you would have to keep it to very basic things that are not likely to change!”

The case for parenting classes

We’re getting information wherever we can anyway

Some parents never need to ask a question and get by just fine. Most of us however need help – we ask family members who have children, we ask friends, and when we’re really stuck, we ask the woman beside us in the changing room in Dundrum (just me?). We go online – we ask our questions on forums and in Facebook groups, and when we’re feeling brave or desperate, we ask Dr. Google. Wouldn’t it make sense to have parenting courses, run by trained experts, to provide all of that information in one place? It reduces the risk of misinformation and bad advice, and takes the pressure off addled parents who feel they’ve exhausted all of their family and friend advice channels.

How is it different to antenatal classes?

Almost all of us go to antenatal classes when expecting a first child – our right to attend is even enshrined in Irish employment law. Perhaps parenting classes are just an extension of this service? Instead of being left to our own devices to figure things out, the support would continue after birth. In the early days, it’s about feeding, sleeping, bathing and changing, and later on, it’s about weaning to solids, potty training, nutrition, and yes, perhaps tips for handling challenging behavior.

“My opinion on mandatory parenting classes is that yes, they are a good idea if they are done well,” says mum of three Fionnuala. “There are already resources that parents can access - public heath nurses, doctors, social workers, marriage counsellors, breastfeeding groups, and citizens advice bureaus for various issues. New parents may not know about these or may not know how to go about locating such services. How many times have you heard someone say ‘If only I had known about this sooner’ or ‘Why did no one tell me this existed?’” 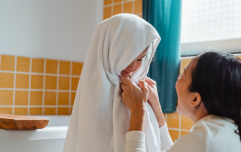 END_OF_DOCUMENT_TOKEN_TO_BE_REPLACED

Claire, who lives in the UK, has tried Incredible Years parenting classes there and found them to be enormously helpful for her second son, who she says was causing chaos in nursery. “The approach I was taught keeps home life calm. I am not sure about mandatory but certainly more accessible and also individualised.” You can find details of Incredible Years courses available in Ireland via Barnardos.ie.

Dublin mum Sarah did a free course offered by the HSE in Dublin. “It was over ten weeks every Tuesday morning and childcare was provided. It gave me invaluable insights into child psychology, how my toddler’s brain works and why she behaves the way she does, which in turn helped me understand and manage her behaviour. We're expected to just know this stuff instinctively - but how can you without experience? I felt quite passionately afterwards that parents could do with more education and support and not be made to feel like failures if their kids are challenging.”

Or to put it very simply as Ann did, “I'd be on for taking a course for the most important job I'll ever have. You need to take one to drive a car!”

In the end, it seems to come back to the same two sticking points – the content of the course and that word mandatory.

Keeping the content to the basics potentially misses out on the stuff we really need when we’re stuck. We can get information on health and nutrition from public health nurses, GPs, parenting forums, and websites. Where many of us falter, especially as babies turn into toddlers and preschoolers, is with behavioural issues and discipline. But this is where a parenting course may slip into favouring one philosophy over another. Perhaps there’s a middle ground – for example, it is probably universally accepted that shouting at a mid-tantrum toddler isn’t going to rescue the situation, so a course that provides information on why tantrums happen, tips for avoiding them, and practical advice for handling them would be beneficial to all, regardless of ethos.

There is value in parenting classes, but being obliged to attend puts many people off. Even those who have been to some courses - like Helen, who says:

“Mandatory, no. Optional, yes. When my two were little, the crèche offered great classes for parents, for example how to deal with fussy eaters, sleep problems, and discipline. I dipped into the ones that were of interest at the time and they were great.”

One of the arguments for mandatory classes is that people won’t attend if they’re optional. But if those hypothetical optional classes had real value, over time the take-up rate would increase, and eventually parenting classes could become as normal as antenatal classes – arguably a win for everyone.


popular
YouTuber 'Sarah's Day' is experiencing one pregnancy symptom in particular
"I'm broken": Dad pays tribute to his children, their mum and friend who were killed at sleepover
Take note: Here are the toys expected to top every child's wish-list this Christmas
Six tell-tale signs that your baby might need to burp
The only people obsessed with pets are the people who don't have children
20 cute baby names with equally adorable abbreviations
These Baby Names Inspired By Irish Mythology Are So Good We Want Them ALL
You may also like
2 days ago
This mum's calendar trick will make your co-parenting schedule a lot easier
3 days ago
As a parent I'm not sure how I feel about going back to the office once lockdown ends
3 days ago
Seriously?! This new mum's husband guilt-tripped her for asking for help
6 days ago
Mum confession: I use this easy mindfulness game with my 7-year-old
1 week ago
Mum confession: This 5-minute afternoon ritual completely changed my family
1 week ago
'End on a high' – the one simple rule to follow for successful playdates
Next Page