Toddlers can be seriously bossy creatures – both of mine were, for sure – and my little girl even more so (way, way more so) than my little boy.

From the moment she learned how to talk, she had a tendency to come off as everyone's tiny boss – and would command us all around – even her baby brother, who, much to her permanent disappointment, did neither understand nor do as he was told.

And sure look – part of me was delighted that my little girl seemed so sure of herself and had the confidence to ask for what she wanted – even if it did come off rather bossy. But I was also keen to raise a child that is polite and kind, and that wouldn't make people flinch with her bossy-ness.

So I did what any millennial mum does – I reached out to my online tribe of mum pals to ask for advice on how to turn her ahem – assertiveness – into something more along the lines of polite suggestions.

And here are some of the absolute best tips I got for what to say to her to try to gently change her ways: 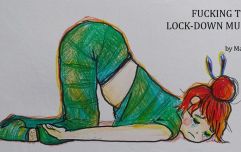 END_OF_DOCUMENT_TOKEN_TO_BE_REPLACED

What you don't want to do, one Montessori teacher friend told me, is to shame her for being 'bossy' – in fact, better off avoiding that word altogether, she said. Instead, she suggested, try to talk about how it is good to be brave and someone who suggests things – but that we can't decide for other people, and that everyone is the boss of themselves.

2. Explain how nobody likes to be told what to do

My little girl was a very early speaker, so even though she verbally came off as someone years older than she actually was, the reality is that she was still only two when this bossy-ness started off, and so too young, I think, to even understand that people generally don't enjoy being bossed around or that she was being a little rude.

And so my mum-friends suggested I try to chat to her about this, in a way she would understand, about how, if you are always being the one to control everything and boss everyone around, that this isn't very nice. Instead, everyone has to take turns deciding what to do or play, and that if you want something, it is much better to ask for it nicely. You might have to have this conversation several times, I know I did, as she'd "forget" herself and revert back to her bossy self.

As with most things in life, children model the behaviour the see happening around them. And so when it comes to teaching them to be kind and polite and respectful, they need to see this happen in order to be able to do it themselves.

Make it a habit to always use your own 'please and thank you's' and when you ask your children to do something, do so in a non bossy manner. Remind them when they play with other children to take turns deciding, and keeop talking about how we can't control and boss others around, only ask someone nicely to do something.