A mum in the US whose powerful photographs of her home water birth experience were released online has spoken out about how "scary" and "traumatic" the delivery of her son was.

Ashley Martin says it has taken her over a year to fully understand her home birth experience, which took a dramatic turn and ended up with the baby being rushed to hospital. Reaching out to other mums with her story, she says she has been told to stop fear mongering or using scare tactics. "I get banned or shunned in a community that I used to believe in and fight for. I won't stop talking or warning others though. I don't want another person to make the same mistake I did."

Now a "running, walking and babbling" toddler, Zinn was born in the brow presentation, which is when the largest part of the head – the eyebrow area – is coming out first, and also had shoulder dystocia. Blogging about the delivery, his mum says, "My baby was born lifeless and limp. It took them almost nine minutes to get him out of me. During all of this - I had NO idea what was going on. I had no idea he was stuck and that this was an emergency. No one was monitoring my vitals or his. No one was trained for this type of emergency."

The moments before, during and after the arrival of baby Zinn were captured on camera by Karyn Carbone of In Bloom Photography, who, with Ashley's permission, released the powerful pictures for the world to see. Ashley says, "I thought long and hard before letting her release them - I knew it would create a stir. I wanted her to have the spot light though because she's very talented and wish the best for her. My original plan was to not engage in ANY of the comments. But that didn't last long before I was sucked into them. And before I knew it, I found other amazing moms who felt like I did."

Revealing she is not happy with how her home birth experience went, she writes, "It was awful. Horrifying. Scary. Traumatic. Worst day of my life is a huge understatement.

Zinn was taken into an ambulance when he was six minutes old. Weak pulse, still limp and lifeless, still not breathing. "I didn't know how he was until several hours later," says Ashley.

"Yes, my son is okay today. He's a fireball. A burst of crazy energy. Drives us insane but always has us laughing. No, I will not continue to think everything went okay and no, I will not just 'get over it'.

"I have nightmares about my birth. I think about it constantly. It consumes me. It has changed who I am as a person. I was told that my 'weak pelvic floor' caused everything to go south during my labor. Now I'm left with the added guilt of my own body causing his horrific birth. I saw the ugly side of birth. I was part of an ugly statistic that someone has to be. We shouldn't trust birth, we should respect it," she says on her blog. 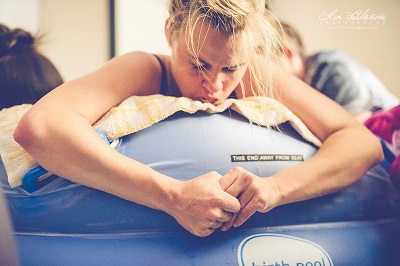 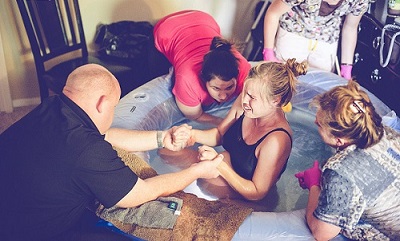 Images via In Bloom Photography


popular
Apparently there are 5 different types of grannies, and which one do your kids have?
An open letter to my daughter's creche – and all the people who cared for her
Fresh starts: 25 small lifestyle changes that will make you happier and healthier
Can you pronouce these 7 'unique' baby names? They're trickier than you think
'F**king Tired Lockdown Mummy' is the most relatable book of all time
10 beautiful baby girl names none of your friends will have thought of first
Totally tropical baby names inspired by Hawaii
You may also like
1 year ago
This new video of Hilary Duff holding her baby for the first time will melt your heart
1 year ago
Jessie Ware gives birth to baby boy in her sitting room
1 year ago
Would you allow your eldest child to see you giving birth? This mum wants to
2 years ago
James Van Der Beek shares photo of 'placenta in a mixing bowl' after wife's home birth
2 years ago
Mum's heartbreak after baby girl passes away from umbilical cord rupture
2 years ago
Sam Faiers' home water birth sparked an emotional reaction online
Next Page