Scientists and medical professionals worldwide are currently finding more and more proof that our guts – or, to more precise, the bacteria in our guts, play a vital part in our overall health and wellness.

From the moment we are born, our microbiome keeps changing, and now researchers have discovered that there is a measurable difference in the microbiome of babies born vaginally and those born via a C-section.

For instance, studies have shown that babies born via C-section are more likely to develop obesity, asthma, and type 1 diabetes when they get older.

Previous research has also suggested that babies born by C-section are more likely to collect hospital-acquired bacteria when they are born, while those born vaginally collect microbes from their mother. Because the gut microbiome is thought to be intricately linked to health, these differences have been suggested to make C-section babies more likely to develop obesity, asthma and eczema.

“The hypothesis is that the moment of birth might be a sort of thermostatic moment for the immune system… that sets the immune system for future life,” says Nigel Field at University College London to New Scientist.

To investigate, the London-based researchers collected faecal samples from 596 babies born in UK hospitals. The samples were collected by the babies’ parents over the first few weeks of life, and when the babies were between 6 and 9 months old. 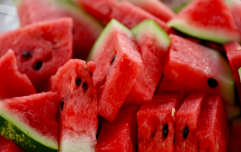 Pregnant? Here is why you should pick up some watermelon next time you go shopping

END_OF_DOCUMENT_TOKEN_TO_BE_REPLACED

However, what the researchers found was that by the time the babies were weaned at the age of around 6 to 9 months, these differences had largely disappeared, so the researchers admit it is hard to tell if there are any implications for health. “We don’t know the long-term consequences of these findings,” says Field.

Interestingly, the scientists also took faecal samples from 175 mothers and compared them with those of their 178 babies, and were surprised to find that the babies’ gut bacteria seemed to be coming from their mothers’ guts, rather than from the vagina during delivery.

This will no doubt pour cold water on the practice of vaginal seeding, which has been growing in popularity in recent years, despite is not being recommended by any clinical body.


popular
Eight parenting milestones that will make you jump for joy (every single time)
Little Fires Everywhere, starring Reese Witherspoon, is set to be your new TV obsession
The dress that Holly Willoughby wore this morning is getting very mixed reactions
11 super-cute baby girl names your friends will wish they had thought of first
These 5 Foods Could Increase Your Chances of Having Twins
Bride-to-be? You'll want to tell your makeup artist about this glow-giving face product
Brandon Jenner announces he's having twins with his new girlfriend
You may also like
1 week ago
Researchers now believe there is a link between consuming processed food in pregnancy and autism
2 weeks ago
The picture of what 10 centimetres dilated looks like is utterly mind-blowing
3 weeks ago
Jewellery designer Chupi announces pregnancy and shares her IVF journey
3 weeks ago
Babies born in February have some pretty amazing advantages – no, really – it's true
4 weeks ago
Women should wait one year between giving birth and getting pregnant, says study
1 month ago
Planning a babymoon? Five romantic European hotels to escape to before your little one arrives
Next Page