Pregnancy tests: When you should take one for the most accurate result

Or, you know, just planning ahead a little?

Either way; it can be handy to know when exactly to take a pregnancy test for the most accurate result the first time you check.

A missed period, nausea, mood changes,  dizziness, cramping, bloating and fatigue are all known symptoms of early pregnancy, but to actually confirm anything, you need to pee on a stick, guys (or get a blood test at your doctor's, but peeing on a stick is easier, for sure). And here is when you should be doing just that:

“Basically, the basis of all pregnancy tests—blood or urine—is the detection of human chorionic gonadotropin (hCG),” explains US-based reproductive endocrinologist and ob-gyn, Anate Brauer, to My Domaine. "This hormone is secreted into the maternal bloodstream after implantation. FYI: Implantation usually occurs about six to 12 days post-ovulation."

Blood tests can confirm a pregnancy sooner than an at-home urine pregnancy test, but for most women, the at-home test if the first port of call. 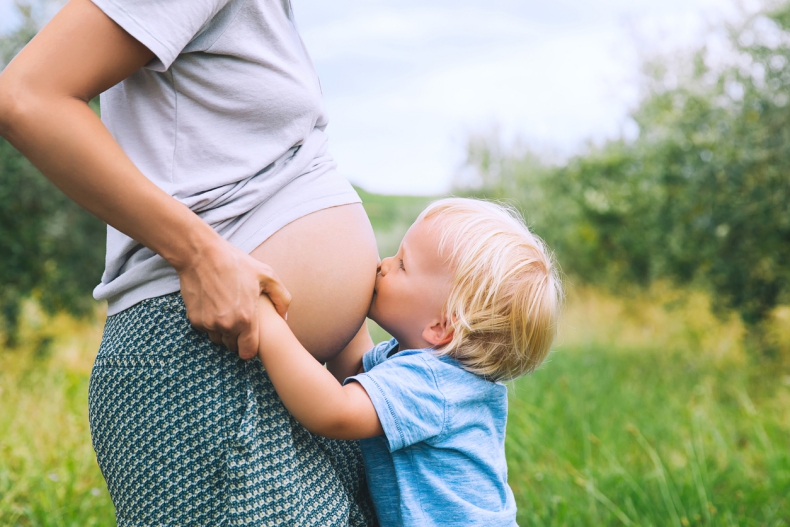 "There are fibers on the “stick” that contain chemicals that react when hCG is present," Brauer explains. "If there is a reaction, it produces a line, which indicates you’re pregnant. And you guessed it: No line indicates you are not expecting."

As for when exactly to take the test, Brauer advices that pregnancy tests should be taken 10 to 14 days after ovulation. “It should be noted that some women ovulate late in their cycle,” the doctor says. “So testing for pregnancy on ‘day 28’ of a cycle may be too soon for someone who ovulates on day 22 (which can occur in women with irregular or absent periods).”

And if you are wondering about what test to buy (there are many to choose from, you see), a 2011 study, listed First Response devices as the most effective of those that were tested— actually detecting more than 97 percent of pregnancies by the first day of a missed period.

popular
Elf on the Shelf is actually pretty bad for your kids, according to an expert
Expert says Cocomelon acts "as a drug" to kids' brains
Prince William and Princess Kate would welcome a fourth child with open arms
4 ways to fix hard slime with ingredients you probably already have at home
Irish company create app that will send your kids messages from an Elf
Shows like Bluey and Peppa Pig are actually bad for kids, expert warns
COMPETITION: Win a 2 night family break at Castleknock hotel (worth €500!)
You may also like
1 year ago
Babies born in December have some very unique traits – and you'll see why
1 year ago
November-born babies are extra-special – here's why
1 year ago
Worth the wait: 9 reasons NOT finding out the sex of my baby was the best thing ever
1 year ago
10 things to add to your hospital bag (that you probably hadn't thought to pack)
1 year ago
Prepping for a new arrival? Here are all the things you'll need for a newborn baby kit
1 year ago
Fact check: 7 common pregnancy myths you can stop believing now
Next Page