The AMH test: The ultimate ‘egg timer’ or unnecessary scaremongering?

Last year, when Facebook and Google announced their plans to offer egg freezing to female employees, it triggered an international debate about the ethics and ramifications of such a policy.

Not surprisingly, this led women of all ages to wonder about their own fertility potential; 'Should I be thinking about conceiving straight away or can I wait a few more years?’

There are already hormone tests that are used to gauge ovarian responsiveness (e.g. FSH, LH, oestradiol) and ultrasound scanning of the ovaries to count the number of antral follicles, but the new AMH test was supposed to be even better at assessing a woman’s fertility potential.

So, what is the AMH test?

It is a simple blood test that measures levels of anti-mullerian hormone, which is secreted by the granulosa cells of the antral follicles.

A very low result indicates reduced fertility, while a high result may indicate PCOS. The result must also be considered in the context of a woman’s age, so what may be considered a healthy result for a 40-year-old woman would probably be considered too low for a younger woman aged 25.

It is important to point out that the number given as a result is not telling you exactly how many eggs you have left. e.g. a result of 3.5 does not mean that is all the eggs you have remaining.

Even with a low AMH result you are still talking about an egg count in the hundreds if not the thousands.

The AMH test also doesn’t tell you anything about the quality of your eggs, it’s purely an approximation of the remaining quantity. This is an important distinction to make as it can be very upsetting for a woman to be told she has a low AMH score. Feelings of helplessness, guilt, anger and anxiety are understandable reactions.

For those of you reading this who have been told your AMH is too low, please remember it is only one part of the puzzle. There are many other factors that need to be taken into consideration when assessing a couple’s fertility potential and the AMH score is only one of them. 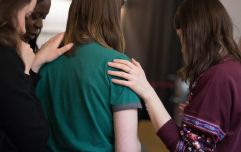 END_OF_DOCUMENT_TOKEN_TO_BE_REPLACED

Why are there doubts about the reliability of the AMH test?

I consulted with a lady recently who is trying for her second baby via IVF. She was concerned that her AMH score would have dropped during the intervening couple of years since she had her first baby. Her initial score at the age of 35 was an AMH value of nine, when she had her repeat test, which was over two years later, her score had actually increased to 15.

This is not an isolated incident. I have consulted with numerous women who have seen wide variations in their AMH result. Equally, I have seen plenty of women who were told that their AMH was so low (e.g. less than 1.5) that they would have to consider egg donation, yet these women went on to conceive with their own eggs, either naturally or via IVF.

The latest research has found that AMH levels can vary significantly, depending on what point in the menstrual cycle the blood sample was taken. In some cases the result differs by up to 60 per cent, which is a huge discrepancy and proves there is a dire need for further research in this area.

There have even been studies indicating dramatic differences in AMH levels depending on the ethnic group being tested. According to a 2013 study, black and hispanic women had AMH levels that were on average 25 per cent lower than that of caucasian women. Of particular interest was the finding that a high number of the black women tested had nearly undetectable levels of AMH, in spite of being relatively young and with regular menstrual cycles.

Given there is no discernible difference in fertility rates between ethnic groups, these huge variations in readings should be a cause for concern as it highlights the unpredictable and unreliable nature of the AMH test.

If the AMH test is unreliable, should I bother having it at all?

If you have been finding it very difficult to conceive naturally, or have had a poor response to IVF medications (i.e. low egg yield) then the AMH test could give you a rough idea of whether a low ovarian reserve is part of the problem.

In the case of one couple I dealt with the AMH test did prove useful. They had gone through six failed ICSI cycles with poor egg yield and average/poor embryo quality on each cycle. The sperm had been thoroughly checked and no genetic abnormalities had been found. By this point the woman was 42 and after nine years trying to conceive she was really exhausted by it all. The AMH value came back at 0.3, which is extremely low. They decided to opt for a donor egg cycle and on the second attempt it worked. They are now proud parents of a little girl.

Equally, I recall another case where a 40-year-old woman was having trouble conceiving her second baby. Given she had such a ‘healthy’ AMH score and a previous successful pregnancy, she had been advised to just keep trying for another few months.

I suspected that her AMH score was a little too good to be true and recommended that she attend for ultrasound scanning of her ovaries. Mild PCOS was discovered, which explained the delay in conception and she was able to address the core issue, rather than wasting another few months trying with no success.

So is the AMH test the ultimate egg timer? It doesn’t appear to be. However, it can be useful in certain situations, especially when it is being viewed in the context of a woman’s overall health and other biomarkers are being taken into consideration as well.

Jessica Bourke's clinical approach is based on evidence-based nutrition protocols, acupuncture treatment, and she also offers functional lab tests to support you on your journey to parenthood. She's a regular contributor to Irish media and co-author of the 'Guilt Free Gourmet' cook-book. As a Mum of two, Jessica understands the challenges of pregnancy and parenting. For more, visit jessicabourke.com.


popular
Opinion: Taking Communion out of school system will sort the believers from the non-believers
Mum sparks debate after banning her son's bully from birthday party- was she wrong?
Mum issues warning to parents after son's bruises led to cancer diagnosis
Dear Americans: Not only do we have Halloween in Ireland, we invented it
The Bodyguard set to return for a second season
Seriously?! This new mum's husband guilt-tripped her for asking for help
Opinion: All schools should have generic school uniforms
You may also like
3 weeks ago
Fertility treatment: New discovery pinpoints ‘golden window’ for IVF success
1 month ago
Almost 5 million fewer girls than boys to be born globally in the next decade
1 month ago
If you want to check in on your fertility, here's a really affordable way to do it
1 month ago
The "troubling" stats around alcohol, smoking and drugs in women trying for a baby
1 month ago
A Cork-based company has launched clever at-home fertility tests
1 month ago
The 'magic' fertility smoothie these celebrity mums claim helped them get pregnant
Next Page