Will Smith contemplated killing his abusive father to "avenge" his mother

Will Smith has revealed he once contemplated killing his father in retaliation for the brutal abuse he witnessed his mother endure during his childhood.

In his upcoming memoir Will, excerpted in People magazine, the actor explains the complicated relationship he had with his father, William Carroll Smith Sr.

On one hand, his dad tirelessly supported Will's interests and career, but on the other, he subjected his family to traumatising violence.

"My father was violent, but he was also at every game, play, and recital," Will wrote. "He was an alcoholic, but he was sober at every premiere of every one of my movies.

"He listened to every record. He visited every studio. The same intense perfectionism that terrorised his family put food on the table every night of my life."

One particularly traumatising incident Will recalls in the book was a terrifying act violence against his mother, Caroline Bright, during his childhood at the family home in Philadelphia.

"When I was nine years old, I watched my father punch my mother in the side of the head so hard that she collapsed. I saw her spit blood. That moment in that bedroom, probably more than any other moment in my life, has defined who I am.

"Within everything that I have done since then — the awards and accolades, the spotlights and attention, the characters and the laughs — there has been a subtle string of apologies to my mother for my inaction that day.

"For failing her in the moment. For failing to stand up to my father. For being a coward." 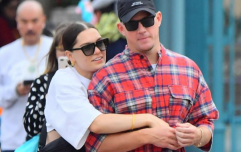 END_OF_DOCUMENT_TOKEN_TO_BE_REPLACED

His parents divorced in 2000, and while he maintained a close relationship with his father, his complex feelings towards him rose to a head when Will Sr. was suffering from cancer.

"One night, as I delicately wheeled him from his bedroom toward the bathroom, a darkness arose within me," Will continued. "The path between the two rooms goes past the top of the stairs.

Will said he seriously contemplated killing his father in that moment: "I paused at the top of the stairs. I could shove him down, and easily get away with it.

"As the decades of pain, anger, and resentment coursed then receded, I shook my head and proceeded to wheel Daddio to the bathroom."

Will Sr. died in 2016, prompting his son to reflect on what their complex relationship taught him.

"There is nothing that you can receive from the material world that will create inner peace or fulfillment," the 53-year-old wrote. "In the end, it will not matter one single bit how well [people] loved you — you will only gain 'the Smile' based on how well you loved them."

popular
HSE issues advice for parents if their child starts choking
Love Actually star reveals incredibly emotional behind-the-scenes story
Expert says Cocomelon acts "as a drug" to kids' brains
Regé-Jean Page is officially the most handsome man in the world, according to research
Britney Spears asks fans to respect her privacy after police call to house
Do children belong at weddings? Mum starts heated debate
What is chroming? Mum issues warning after daughter dies from dangerous trend
You may also like
5 days ago
Stacey Solomon says she might give birth in a few days
1 month ago
Ferne McCann shares update on "difficult" time following voice note scandal
1 month ago
Glee star Ali Stroker welcomes baby boy
1 month ago
"We are so in love": TOWIE's Billie Faiers welcomes her third child
2 months ago
Kourtney Kardashian explains why she kisses Travis Barker....like that
2 months ago
Carl Woods confirms break up from Katie Price
Next Page