The parenting style is often implemented with the hopes of raising a well-behaved child – but might actually have the opposite effect.

New research has shown "intrusive parenting" – a parenting style characterised by excessive parental control and a lack of child autonomy – can be a risk factor for behavioural problems in children.

A recent study by Germaine Tng Yue Qi, a PhD in Psychology student at Singapore Management University, examined helicopter parenting and the children raised with it, focusing in particular on disadvantaged families.

The study found links between this parenting style and childhood externalising behaviours like hyperactivity and impulse control.

The paper looked at inhibitory control – the ability to suppress goal-irrelevant impulses or stimuli – as a cognitive process that can account for the relationship between intrusive/helicopter parenting and childhood externalising behaviours in 35-month-olds from socioeconomically disadvantaged families.

In other words, it examined how each toddlers' ability or lack thereof to suppress an internal impulse, such as shoving a peer, or to ignore external distractions, like noise whilst they try to focus on a task, can be reflective of the parenting style with which they are being raised.

The research found that toddlers who experienced a higher degree of intrusive care tended to display weaker inhibitory control. 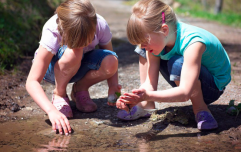 END_OF_DOCUMENT_TOKEN_TO_BE_REPLACED

Such findings remained true even with key factors such as gender, ethnicity, household income, and expressive verbal abilities all accounted for.

Researcher Germaine said that identifying the links between parenting styles and other intermediary cognitive mechanisms plays a pivotal role in children's futures, particularly given the heightened vulnerabilities of socioeconomically disadvantaged children and the long-term implications of childhood behavioural difficulties.

This could help to inform early intervention practices aimed at reducing behavioural issues in children.

Understanding the developmental ramifications of intrusive parenting can also inform parents and educators in making caregiving decisions that refrain from heavily interfering with their children’s autonomy.


popular
Expert says Cocomelon acts "as a drug" to kids' brains
6 fun things to do in Dublin on your next family day out
New dad called 'demanding' over list of guidelines to visit newborn son
Mum gets mixed reaction to photo of her drinking beer while breastfeeding
DIY: How to transform your old trampoline into a super-cosy 'summer hideout'
4 ways to fix hard slime with ingredients you probably already have at home
Is your child obsessed with a particular toy or topic? Turns out you should be encouraging it
You may also like
16 hours ago
"I gave my son a 'safe sex hamper' for his 16th birthday"
22 hours ago
New dad called 'demanding' over list of guidelines to visit newborn son
2 days ago
"My parents are useless grandparents" – are today's grandparents too cool to babysit?
4 days ago
Less camps and activities: Here's why you should let your children be bored this summer
6 days ago
Staying connected: 25 easy ways to bond with older kids, tweens and teens
1 week ago
Children are spending more time on screens than ever but are they picking up this addiction from us?
Next Page