ASOS is always handy for a browse and never more so than if you're trying to dress your bump.

From casual tees to occasion wear, it's one of the few regular high street stores that carries styles from its standard collections over into its clothing for mums-to-be.

Even Beyoncé has been spotted in ASOS Maternity gear, so you know it's good stuff.

But there's something we had never picked up on about the images on site.

The retailer doesn't use pregnant models, instead putting fake bumps on women who aren't expecting.

Blogger Lousie Pentland noticed the lack of real bumps in ASOS's images and got in touch with the brand on Twitter to find out why.

Dear @ASOS, why do you use models with weird fake bumps instead of pregnant models? I'm sure some are pregnant but a lot are fake :( 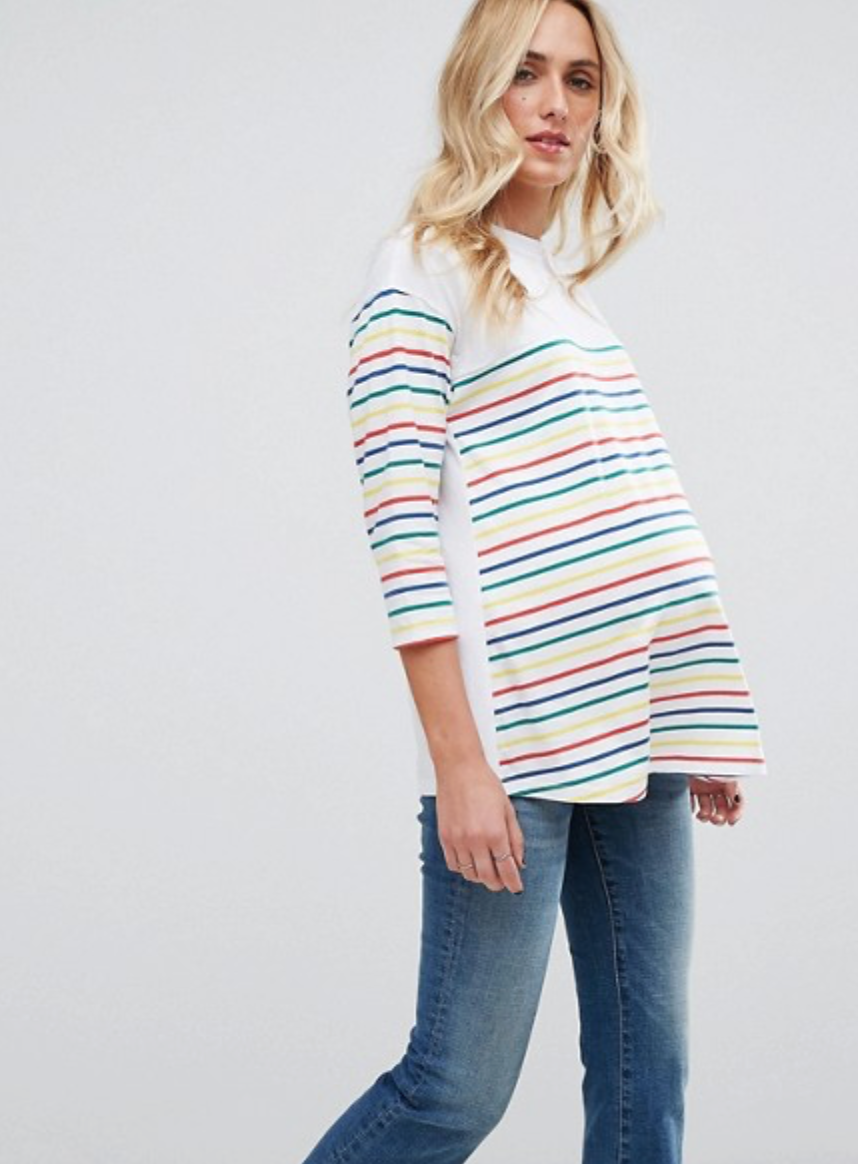 To be fair, ASOS quickly responded to Louise's query with an explanation.

Modelling is tough work and the retailer doesn't want to put pregnant women under strain.

Model welfare is important to us,we don't want pregnant models on their feet all day so we use a prosthetic maternity bump

Thank you for explaining this- that makes sense. x

While Louise was satisfied with this reasoning, others online weren't necessarily impressed.

But plenty of pregnant women are on their feet all day -sounds like a bit of a bulls**t answer to me ?

Do you not have seats they can rest on inbetween?

popular
Kelly Clarkson admitted she spanks her children if they misbehave
Today FM's Paula MacSweeney welcomes baby boy
Hilary Swank, 48, reveals she is pregnant with twins
Kelly Osbourne responds to backlash over deciding not to breastfeed
Lush to open its biggest Irish store this winter
Primark reintroduces female-only fitting rooms after incident at one store
These baby girl names were used only five times last year
You may also like
2 months ago
Children's swimsuit recalled due to strangulation fears
2 years ago
Aldi is selling Parka jackets for dogs next week and yes they have a hood
2 years ago
The €59 dress that you're going to want to pick up before anyone else
2 years ago
The chic black jumpsuit we've had our eye on is now €20 in the Zara sale
2 years ago
Last minute dress shopping? Zara's €60 sparkly mini is perfect for festivities
2 years ago
Bershka's sequinned €40 dress is a must-have for Christmas festivities
Next Page