One bride's request might be the most outrageous yet.

The internet is officially in meltdown after learning of how a bride asked her cousin to dye her hair for the wedding.

Well, because her red locks would clash with the planned decor and colour scheme.

Can you cope? We certainly can't!

Taking to Reddit to ask if she was being unreasonable, the bride said that her cousin Ella, who is also her bridesmaid, has red hair which will clash with her blue and green peacock theme.

Guests have been asked to follow this theme with their outfits and although "hair wasn't originally included in the colour scheme", now red hair is a problem. 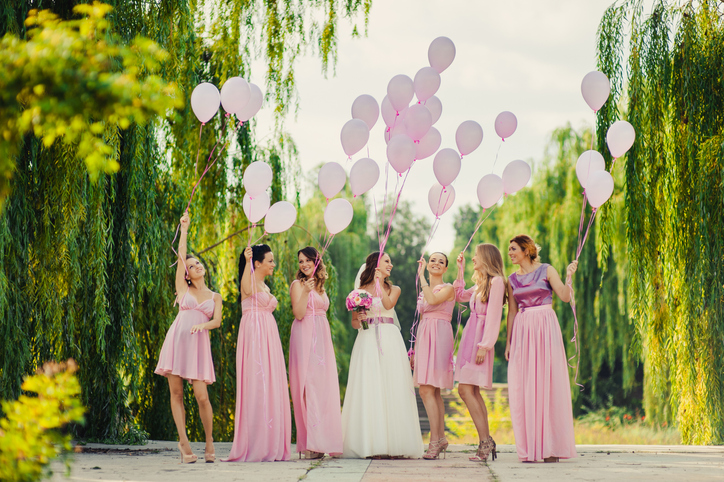 "I really don't want to come across as a bridezilla but butt length flaming red hair will destroy the wedding photos, and ruin the colour scheme completely".

The bride originally suggested that she try a temporary hair dye and then when her cousin refused, she suggested a wig but unsurprisingly, this didn't go down too well.

"So I gave up on that avenue and suggested a wig, it is one day, one single day and there are some amazing wigs these days. I had a look on Instagram and you wouldn't even be able to tell. But she said she would feel self conscious and weird wearing a wig and that because her hair is butt-length that it might sit weird on her head. So she won't dye it, and won't cover it up".

The bride has since been updated to say that Ella dropped out of the wedding. The post has received a lot of criticism with people saying her request was completely outlandish and very unfair. Since then, she's shared a second update to say that they're working on a compromise.

We've heard some extra requests but this might take the biscuit! What do you think? Let us know in the comment section.

popular
CMO confirms death of child in Ireland from invasive Strep A
Father took daughter to hospital three times before she died of Strep A
Elf on the Shelf is actually pretty bad for your kids, according to an expert
Rod Stewart's 11 year old son rushed to hospital after collapsing at football match
Expert says Cocomelon acts "as a drug" to kids' brains
"Hard to be a parent": Made In Chelsea's Maeva D’Ascanio rushes newborn son to A&E
The government has launched a new funding model for Irish childcare services
You may also like
10 months ago
Do children belong at weddings? Mum starts heated debate
1 year ago
Getting married? Aldi has just launched the ultimate €5,500 wedding giveaway
2 years ago
All wedding guests must be gone by 11.30pm in accordance with new guidelines
2 years ago
Number of guests allowed at weddings from July likely to be "very small" says Simon Harris
2 years ago
Brides-to-be! The genius tip that can save you a significant amount of cash on your wedding day
3 years ago
The stunning wedding dress trend you're going to see a lot of in 2020
Next Page