A very creative – and kind – grandad just created the coolest under-the-stairs playhouse for his two young grandsons – and managed to do so for just £50 – in other words; less than €60.

Sharing the images on Facebook group DIY On A Budget Official, the man's daughter showed what the tiny cupboard had looked like before the DIY renovations – and after. 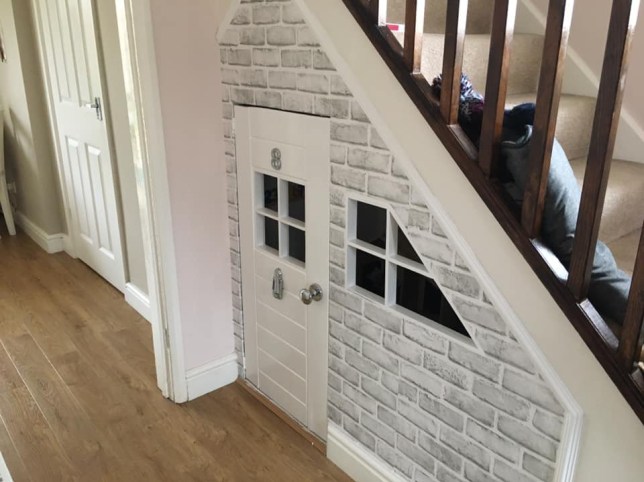 The windows and doors make the 'den' look like an actual playhouse, and it was also revealed that the 'bricks' are just a wallpaper, but again, adding to the effect of this being an actual little playhouse for the young boys to have fun in. 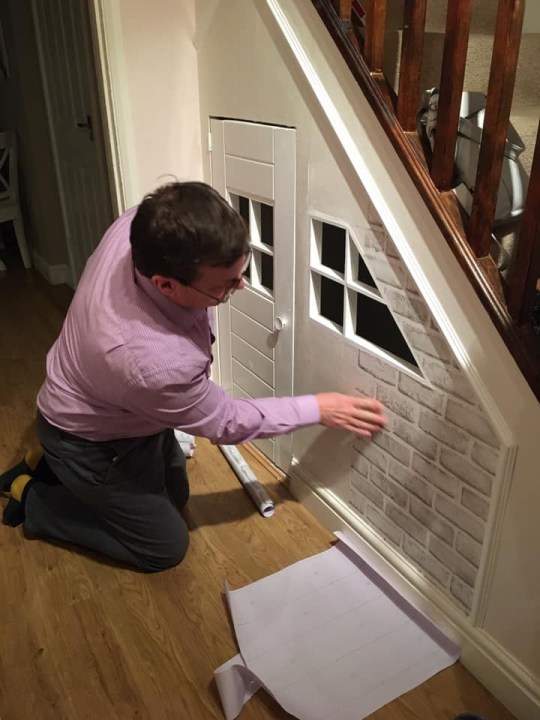 "So my very talented dad turned my under the stairs cupboard into a really cool house/den for my two little boys. ‘It cost around £50 at most as we were able to use lots of the materials and paint that we already had. ‘The cupboard was only used to store shoes and bits and bobs before so it’s a much better use of space and my children love it."

I mean; just look at the details, like the house number on the door, and the doorknob and knocker! So, so cool.

Especially when you realise that THIS is what it looked like before: 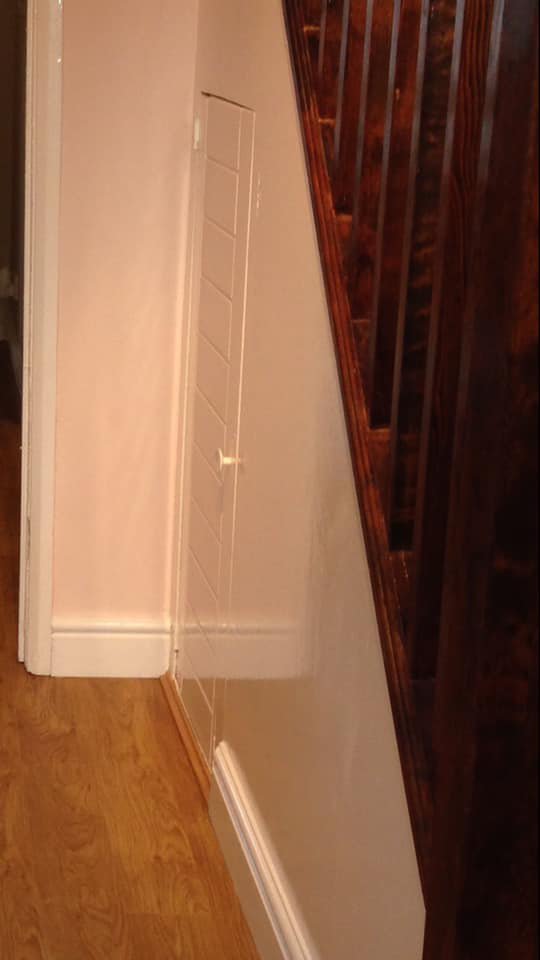 On the inside, the crafty grandad gave the room a lick of paint, put up some shelves for books and small toys, and added other bits like a chalkboard with a holder for their pens and chalk. 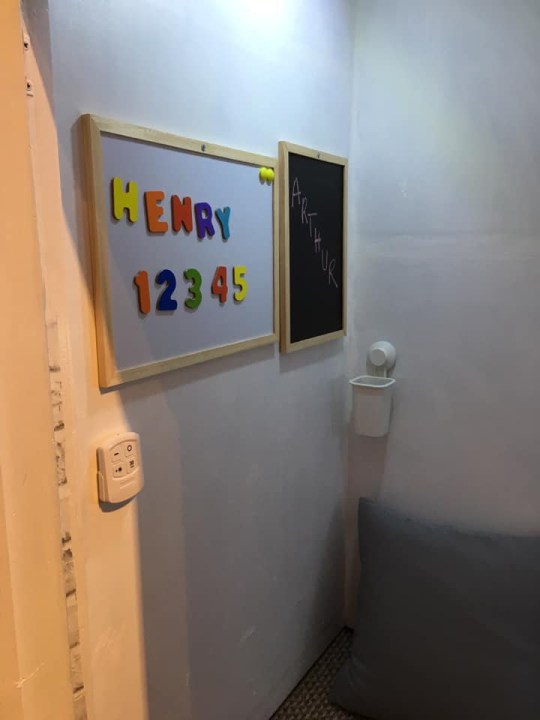 Needless to say, the post gathered a lot of attention in the Facebook group, with everyone praising the inventive grandad for his skills and for wanting to make this special place for his two young grandchildren.


popular
Stacey Solomon defends choice to let son play outside after receiving nasty messages
#Covid-19: "I was shamed for being there and my child left crying' – a single mum on food shopping during lockdown
Stuck for Easter dinner? This lemon, rosemary, and salt-crusted lamb will have the whole family drooling
The largest family in Britain have just welcomed baby number 22
Ricky Martin has shared the first photos of his five-month-old son Renn
David Beckham shared his dinner on social media and we really wish he hadn't
Lockdown: my child is upset that he might not get to say goodbye to his teacher

You may also like
3 days ago
The fabulous floral dress that we will be wearing on repeat for spring
3 days ago
You can crochet this unicorn playmat using your arm – no needles needed
4 days ago
5 beauty habits to start in your 30s (that you'll be thanking yourself for in your 40s)
4 days ago
Lockdown project: You can DIY this chic day bed for your garden using old shipping pallets
4 days ago
The miracle-worker shampoo that is keeping my blonde hair brass-and breakage free
5 days ago
10 summmer dresses we are ordering this week to cheer ourselves up
Next Page