Holly Willoughby's outfit mishap is one we can relate to.

Thanks to our unpredictable climate, figuring out what to wear every morning can be a tough task and more often than not, you'll wish you could change halfway through the day.

Our current issue is the fact that it's cold in the morning but by the time you get to work, you want to discard at least half of the layers you piled on.

Popular TV presenter, Holly Willoughby, found herself in this very situation yesterday when she wore a knitted skirt and top.

The mum of three is clearly excited for autumnal fashion, same as us, and couldn't wait to try out a new season look.

However,  it wasn't quite cold enough in the ITV studios for the cosy look and so Holly had to ask for the air conditioning to be turned on, a request her co-host Phillip Schoefield wasn't too impressed with.

The matching Maje co-ord is such a stunning look but one that requires the temperatures to drop a little first and poor Holly was rather uncomfortable in the warm room, with intense lighting and so on. 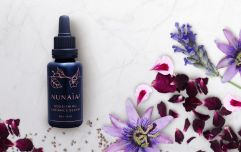 In your 30s too? The 5 skincare products that have made a real, visible difference to my skin

END_OF_DOCUMENT_TOKEN_TO_BE_REPLACED

The sound of the air conditioning could be heard by those in the studio and so Holly said it was fine to turn it off but also remarked that if she started sweating, people would know why.

Holly... we've all been there! The WORST.

Despite the fact that Holly was so uncomfortable, everyone still adored the chic ensemble and her many followers were quick to share their thoughts via social media.


popular
NPHET to advise the Government that all schoolchildren return to school the end of February
Positive parenting: 11 little things that mean the world to kids
40 gorgeous baby names predicted to be trending in the next decade
20 Unisex Irish Baby Names That Are Absolutely Magical
Eat your greens: 10 dishes with sneaky hidden veggies (that your kids will actually eat)
Our Readers Share Their Experiences Of Choosing Public, Semi-Private Or Private Maternity Care
Justin Timberlake and Jessica Biel confirm birth of second child
You may also like
1 day ago
Cardigans are having a major moment – and here are a few I have in my virtual carts right now
1 day ago
Looking for the perfect baby gift? Say hello to Ashfield Macramé and these handmade rainbows
1 day ago
H&M has the most adorable sibling collection available online right now
2 days ago
The €21 Penneys dress we can't wait to snap up the minute shops are back open again
2 days ago
This hoodie comes with a mask attached so it's perfect for those 5km walks
4 days ago
Lockdown decluttering: 11 things you can safely throw out from your home today
Next Page