Kate Middleton reportedly broke a royal style rule and to be honest, you couldn't blame her.

As we all know, temperatures have dropped considerably in recent times and winter is well and truly here.

Our day to day outfit usually involves a cosy knit of some sort and the warmest socks you can imagine.

If you do want to wear a skirt, opaque tights are generally key to keep you warm and we wouldn't be without them during winter.

Kate Middleton, the Duchess of Cambridge, seems to follow this particular train of thought too and was spotted wearing cosy tights recently.

No big deal you might think but according to reports, members of the royal family are only allowed to wear flesh-coloured tights (no warmth in them tbh). 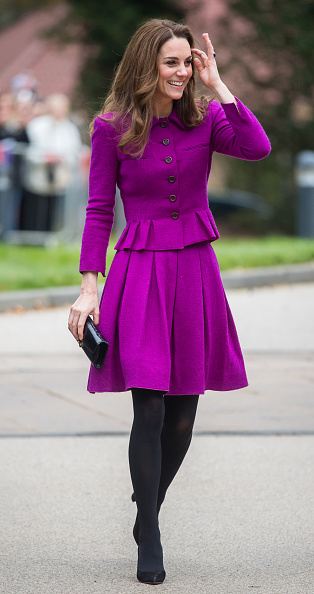 Speaking to Insider around the time of Prince Harry and Meghan Markle's engagement, CNN’s Victoria Arbiter explained the royal rule.

Many said that Meghan broke the rule as she decided not to wear tights for their official engagement photos.

"You never see a royal without their nude stockings. Meghan, from what I can see from the engagement photographs, it doesn't look like she was wearing tights or stockings. I would say that's really the only hard, steadfast rule in terms of what the Queen requires." 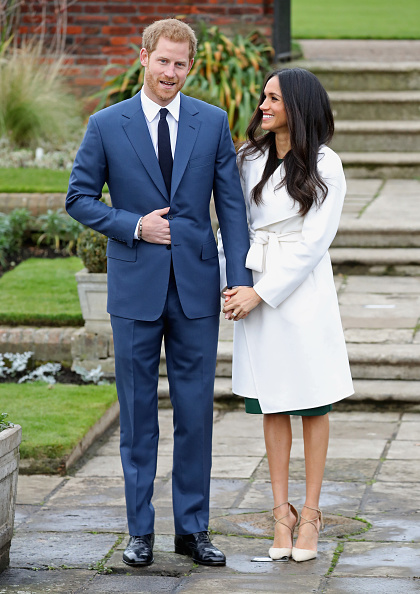 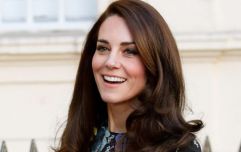 END_OF_DOCUMENT_TOKEN_TO_BE_REPLACED

Kate is a patron of the East Anglia's Children’s Hospices and just over a week ago, she travelled to Norfolk to open the £10 million-pound Nook children’s hospice.

The Duchess paired the black tights with a magenta two-piece Oscar de la Renta suit and her trusty Gianvitto Rossi heels, an ensemble she's fond of and has been spotted wearing previously.

Now look, there's every chance that the Queen is equally fine with black tights but that hasn't stopped the suggestion that Kate is breaking a rule by choosing the warmer, cosier version.

Can't say we blame her!

In terms of Kate's sartorial choices, we also have to quickly mention the stunning McQueen dress, she wore to the Royal Variety performance last night. Look at that stunning lace detail - in a word, WOW. 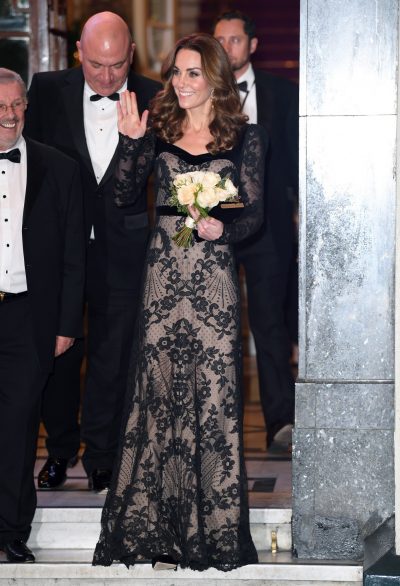 popular
13-year-old boy passes away after coming into difficulty while swimming
Applications for the Late Late Toy Show 2020 are now open
The €9 buy fans swear is an EXACT dupe of Estée Launder's popular Double Wear foundation
There is a new Harry Potter clothing collection for kids at H&M – and it's magical
An Post launches competition, asking children to draw themselves as a character in their favourite story
The 2021 Ikea catalogue has been revealed – and it is filled with ideas and inspiration
Japanese schools are making all of their uniforms unisex, should we do the same?
You may also like
3 months ago
If this video of Meghan reading to baby Archie doesn't cheer you up, you're clearly dead inside
3 months ago
Prince Harry and Meghan Markle volunteer to deliver meals to vulnerable in LA
3 months ago
Harry and Meghan say they will 'not be engaging' with UK tabloid press anymore
3 months ago
Meghan Markle is due to give her first post 'Megxit' TV interview and it's happening next week
4 months ago
Meghan Markle's favourite mascara is one of the all-time beauty greats
4 months ago
Meghan Markle and Prince Harry have revealed the name of their new non-profit organisation
Next Page