What else could we expect from the couple?

It's become one of the most recognisable looks in the world - the Kardashian-Jenners live in chokers, bomber jackets, slip dresses and hoodies, and that includes their kids too. 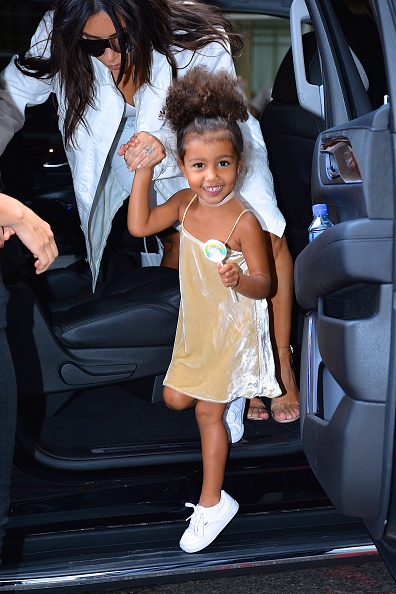 We've known for a while that Kim and Kanye were releasing a range of children's clothing, and the collection has finally been unveiled.

Let's just say the items are very like what the older members of the family might be seen in.

This cute snap from Kim's personal Instagram hints that the family was indeed inspired by themselves for the collection.

As you might expect, the items will set you back a few bob.

As E! News notes, the reversible bomber jacket (seen on North in the picture above) is the most expensive piece at $240, while the chokers are the cheapest at $22.

So what do you think - if money were no object, would go for any of these? Let us know in the Facebook comments.

popular
Breaking: Female child found with severe injuries in Co. Clare
Fans defend Khloe Kardashian for posing in hospital bed with her newborn
Vaccine programme to roll out in primary schools
School threatens to suspend pupils who don't follow "outdated" uniform rules
Budget 2023: IVF to be publicly funded and free contraception for under 30s
Holly and Phillip weren't on media list for Queen's lying in state
Girl found injured in Co. Clare house is in critical condition
You may also like
3 weeks ago
Brown Thomas offer 20% off to impacted customers following pricing error
4 months ago
'Coastal grandmother' is the viral 2022 fashion vibe you did not see coming
4 months ago
The Met Gala once again showcased La La Land's most glam mamas
4 months ago
Met Gala 2022: What happens inside the event and where do the funds go?
4 months ago
Tiny garden or balcony? 10 bargain buys to help you make the most of it this summer
4 months ago
My mum thinks this dress isn't right for wedding- is she right?
Next Page