My 15-month-old daughter has a seriously impressive head of hair. Most days I tie it back just to keep it out of her way, rather than because it looks cute. This usually involves me hastily throwing it up into a ponytail or a messy bun (if I'm feeling adventurous), but I know that my days of getting away with such unimaginative dos are limited.

It's only a matter of time before she'll be pushing my creative boundaries by demanding more adventurous styles. In an attempt to be ahead of the game, I've rounded up six cute and apparently easy hairdos that offer a toddler much more than the average ponytail.

Not to be confused with the bad knots that you try to get OUT of your toddler's hair, these side knots are very cool and actually do look easy to achieve. Plus, they don't require any elastics.

2. Twist back flip under ponytail

I know I said no ponytails but this isn't your average ponytail. It involves a bit of twisting back and flipping under, which sounds complicated but actually isn't. Cute Girls Hairstyle will show you how to do it here. 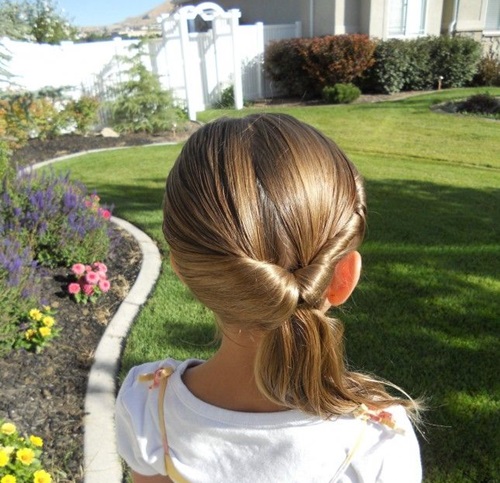 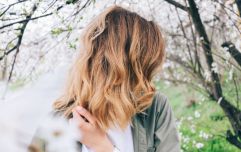 Spring hair: How to perfect these stunning beach waves in less than five minutes

END_OF_DOCUMENT_TOKEN_TO_BE_REPLACED

This style is great for wispy-haired toddlers and is "super easy" to do, according to the mum from Twist Me Pretty.  You'll need to french braid the centre section and turn it into a three strand braid once you hit the back of the head. Repeat on the right and then on the left, then throw the rest of the hair into a messy bun. Better get practising my braiding before I attempt this one. 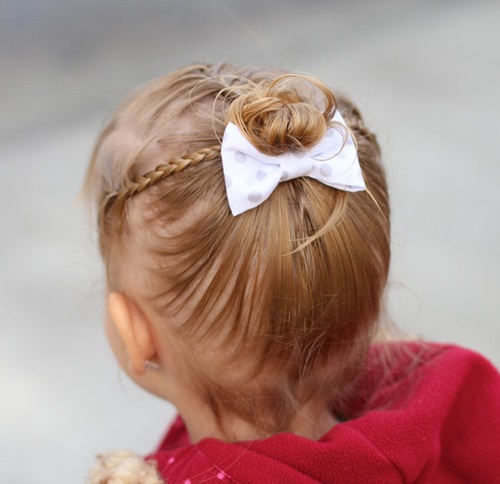 These cool waves are perfect for young girls as there is no heat involved. Put the 'bantu knots' in before going to bed and remove the next morning for a cute ready-to-go wavy look.

Super stylish and really easy to do - the toddler top knot is a cooler take on the classic bun. Kojodesigns shows you to how to give your toddler a top knot, right here. 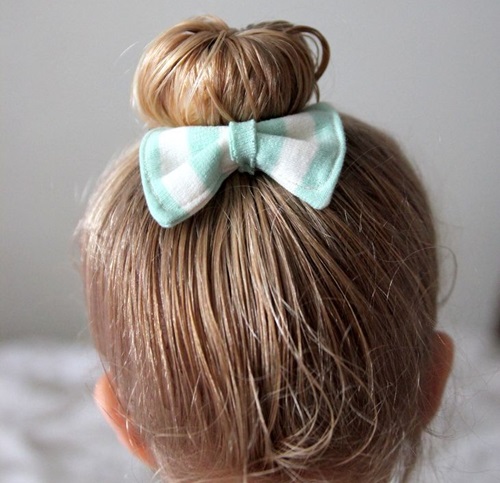 This is a very simple hairstyle that requires no braiding. In fact it's "easy enough for dads but totally works for her" according to the dad who features in the video. However, it's not the styling that I think he deserves praise for; it's the conditions he's working under. That's one vocal baby in the background. Very funny.

popular
These 40 baby names are set to trend in 2023
Police believe they know what happened to missing dog walker Nicola Bulley
Toddlers are happier with fewer toys, study finds
Viewers believe Bluey is a rainbow baby- check out the theory
Bride asks for divorce day after wedding following groom's disrespectful cake stunt
'He's a changed man': Woman marries her 'high school bully'
Little boy dies of cancer after doctors ignored mother's concerns six times
You may also like
1 year ago
A celebrity hairstylist just shared a genius hack for the perfect messy bun
1 year ago
This common mistake might be why you can't get your hair to hold curls
1 year ago
Dry shampoo is a life-saver, but are you actually using yours correctly?
3 years ago
This super simple DIY hair mask will give you shiny, strong hair
3 years ago
3 super-easy way to give your mum-bun a stylish upgrade for summer
3 years ago
3 SUPER easy ways to wake up with perfect hair (yes, really)
Next Page