Decoding toddlers: Here is why your child can't just 'calm down' during a tantrum

You just haven't felt stress, I reckon, until you have dealt with a toddler having their first complete and utter meltdown while out and about in public.

Until you have stood there, in the food hall of M&S, with other shoppers having to step over or around your howling toddler as she thrashes about on the floor, arms and legs threatening to knock trip people up or knock over stacks of biscuit tins, sweat dripping down your back as you are trying to figure out how the heck to handle this, you have, as far as I am concerned, lived a stress-free life.

However, having lived through two toddlers as their tantrums, let me assure you of this: You will get better at handling this.

And not only that, you will start to realise that tantrums and meltdowns are not only not as terrifying as you first found them, they are also totally and utterly normal.

Most children between the ages of two and five will go through this (sometimes a six-year-old can throw a mean tantrum too – just saying!). All parents live this reality – and so we have all been here. And if you see another mama dealing with a tantrum-throwing toddler, remember to shoot her a look of 'been there' and a smile. Trust me, it helps. 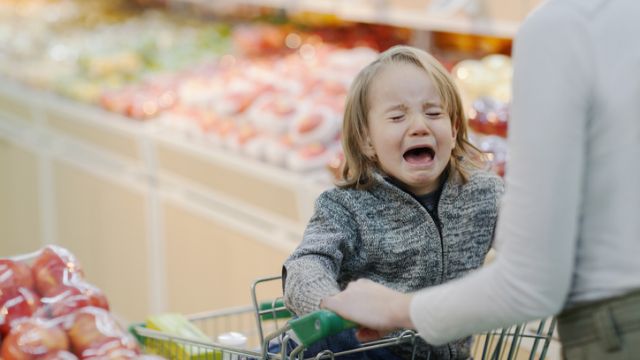 Why do tantrums happen and what can you do?

Learning to understand why tantrums happen and how you can respond better to them is also a big step in learning how to both diffuse and minimize them. To explain it very simply – young children have tantrums because their brain isn't fully developed yet. And this is also why it is near impossible to just tell a child to 'calm down' during a tantrum.

According to Mother.ly, neuroscientist Dan Siegel and parenting expert Tina Bryson have a way of describing what is happening in a child's brain during a tantrum that just makes it easier to understand. 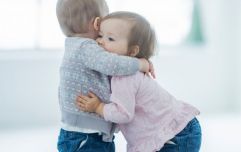 Mum confession: 7 products no toddler parent should ever TRY to live without

END_OF_DOCUMENT_TOKEN_TO_BE_REPLACED

Meanwhile, the outer cortices of our brains, which enable us to inhibit impulses, slow down, gain perspective, process emotional stimuli, and articulate these stimuli into thought and action, live upstairs. This upstairs area helps us plan, think before we act, take perspective, make moral decisions, and form relationships.

As adults, we can access both – and are able to self-regulate, at least for the most part. Some better than others, it must be said, but still.

However, for children, when during a tantrum the amygdala and emotions flare up, it's almost impossible for logic to penetrate our kids' closed-off outer cortices.

A child's growing brain in simply not able to take an adult perspective on things and situations. They are children, not mini adults, and they don't yet have the knowledge to be able to calm themselves down – and so they need our help and patience and also, most importantly, compassion.

I have always loved the saying: "When little people are overwhelmed by big emotions, it is our job to share our calm, not join in their chaos."

Being able to take a step back and remember that tantrums aren't methodically manufactured manipulations, but rather an instinct that right then and there can't respond to reason makes it easier to act out of a place of understanding and compassion.

I know it's anything but easy sometimes, but think of it this way: When your child is in the midst of lower-brain chaos and anger, that is when we need to first calm ourselves (and our prefrontal cortex) down in order to respond correctly and help them through it. What you will find, as I know I did, is when you manage to get your own emotions under control (because it is so easy to get both stressed and angry when dealing with a hysterical toddler), your child will slowly get the signal that they can calm down now too. Remember, behaviour is so often mirrored, so a calm and loving parent will show your child how to calm down – in a very visual and easy-to-understand way.

Touch them softly, hug them and use a gentle voice – all of which will aid in the feeling of togetherness between you and your child, and boost the release of oxytocin, the hormone responsible for feelings of love and connection.

Things calming down? Good. Once your child has calmed down, whether then and there or later on in the day, have a little chat about what happened, and try to discover what triggered the tantrum in the first place. Not just because it might help avoid the same thing happening later, but also because it will help children develop the connection between all parts of their brain – and realise that talking about things always make them better.

How do YOU cope with tantrums, mums? Let us know in the comments or tweet us at @herfamilydotie