"To be clear, this is a man in his 40s, seeking financial support from his elderly parents..."

A 41-year-old man whose lavish lifestyle has been entirely funded by his parents for years has lost a court bid attempting to force them to continue to financially support him.

Faiz Siddiqui claimed his Dubai-based parents are violating his human rights by ceasing to fund his lifestyle, which includes living rent-free in a £1 million central London apartment and not working.

The Oxford graduate last worked in 2011 as a lawyer for various prestigious firms, per reports.

He then went years without a job, and now claims he became entirely dependent on financial support from his parents Rakshanda, 69, and Javed Siddiqui, 71.

Monthly handouts amounted to around £1,500 until recent years, when his parents cut him off following a falling out.

In arguing he became dependent on their money whilst unemployed, Siddiqui attempted to sue his parents to make them continue to maintain him. The UK's High Court threw out his initial case, prompting him to take it to the Court of Appeal.

Siddiqui's barrister, Hugh Southey QC, argued he is entitled to apply for maintenance from his parents under the 1989 Children's Act as he is a "vulnerable" adult due to health issues.

Lord Justice Nicholas Underhill also threw out the appeal, saying that parents were under no legal duty to support their adult children and that the law could only be used to force parents to provide maintenance to adult children if the parents had separated. 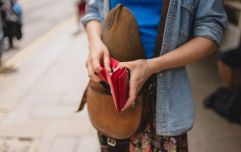 END_OF_DOCUMENT_TOKEN_TO_BE_REPLACED

He said: "Parliament — and Mr Siddiqui's parents — do not consider that a child, particularly an adult child, should be able to litigate against their parents where there is a dispute between child and parent as to the level of support offered by the parents.

"Mr Siddiqui, wrongly, assumes that he is entitled to provision from his parents as of right. This is wrong.

"His skeleton argument is littered with emotive references to 'child' and 'children.'

"To be clear, this is a man in his 40s, seeking financial support from his elderly parents — 69 and 71 years old, respectively.

Siddiqui also reportedly tried and failed to sue Oxford University for £1 million in 2018, claiming he was prevented from achieving a first class honours due to "boring" tuition and staff being on sabbatical leave – which he said prevented him from further prestigious study at the likes of Harvard or Yale, and ultimately cost him a lucrative career in law.


popular
State fails in appeal to jail man for assaulting his four-month-old daughter
Parents of UK teen kidnapped & left paralysed by boyfriend furious at "lenient" sentence
Expert says Cocomelon acts "as a drug" to kids' brains
Jason Momoa says he's "so proud" of stepdaughter Zoë Kravitz after Lisa Bonet split
No definitive plans to lift remaining maternity restrictions in Irish hospitals
Crystal Swing's Dervla calls for more supports for children with autism
Lynsey Bennett says that her bowel tumour has "grown again"
You may also like
1 week ago
Best friends find out they're pregnant on the same day and give birth an hour apart
3 weeks ago
I got a man kicked off the train for shouting at my daughter – but I might've been wrong
1 month ago
The 8 things you'll hear or say on St Stephen's Day
1 month ago
Aunts are as important as mothers when raising daughters, study finds
1 month ago
These are the biggest causes of family arguments on Christmas Day
2 months ago
Grandmothers are more connected to their grandchildren than to their own children
Next Page