When she became a nan, her own mum became a great-grandmother aged just 48.

A mother-of-five became the UK's youngest grandmother at age 30 when her 14-year-old daughter gave birth to her grandson.

The mum was shocked to find out her young daughter was expecting, but says she offered "love and support" as "what was done was done".

Speaking to the Sun, Kelly said: "I never expected to find out I would become a nan while still in my 20s. But there was no point in yelling at Skye about contraception and safe sex. What was done was done.

"All I could do was offer love and support. As a mum you just deal with these things."

The mum claims it's still strange to think that she's a grandmother and regularly gets mistaken for Bailey's mum.

"I act like I'm in my early 20s, so it doesn't feel right to be a granny," she continued. "My friends think it's hilarious I've got a grandson. He's always getting mistaken for my son."

As for her own mother, Kelly revealed: "I'm not sure my mum was ready to be a great-gran at 48, though. I think that makes her the youngest great-gran in the UK, too."

Skye, now 17, had been living with her father and step-mother in Cranford, West London, when she found out she was pregnant. 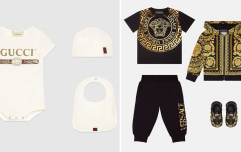 END_OF_DOCUMENT_TOKEN_TO_BE_REPLACED

The teen had asked if she could get a contraceptive implant and did a digital test as a precaution prior to making an appointment.

The test showed a positive result and Skye was referred to West Middlesex Hospital in Isleworth, where an ultrasound revealed she was already over 36 weeks into her pregnancy.

"I was stunned. I had a secret feeling I might be pregnant which is why I'd suggested the test. The dad is a local lad around my own age," she told the newspaper.

"I couldn't believe it. I was potentially days off becoming a mum. Just weeks earlier I had been doing PE and climbing up and down hills."

Being so far along in pregnancy meant an abortion was off the table, but Skye says she wouldn't have had one anyway.

"Seeing my baby's heartbeat on the screen, my heart filled with love. I knew from that point onwards I would always take second place, and my baby boy would take first."


popular
"You're disgusting": Prince William roars at photographer who was 'stalking' his family
6 fun things to do in Dublin on your next family day out
Expert says Cocomelon acts "as a drug" to kids' brains
Winning (weird) food combos that pregnancy cravings helped me discover
Woman (50s) dies after falling into water at Dún Laoghaire pier
Here's how long new couples wait before farting in bed with each another
Sharon Stone reveals she experienced nine miscarriages
You may also like
1 month ago
Young boy loses his fingers in bullying incident at Welsh school
2 months ago
Prince Andrew stripped of "Freedom of York" honour
2 months ago
Man arrested on suspicion of murdering mum-of-two Katie Kenyon
2 months ago
Mother, stepfather and teen found guilty of killing 5-year-old Logan Mwangi
2 months ago
Parents warned of hepatitis outbreak in children under 10 in UK
2 months ago
Two children in a critical condition after house fire in Preston
Next Page