The app is providing a first-hand look at the violence.

Many young people are using TikTok to chronicle their daily lives in Ukraine throughout the war.

The platform, widely known for its viral dances and beauty hacks, is now giving people a look into the heart of the conflict.

In fact, Ukrainian president Volodymyr Zelenskyy actually appealed to TikTokers in a speech as a group that could influence public opinion globally and help end the war.

TikTok user @valerisssh is just one of the people sharing her experience.

In one video sarcastically titled "Russian government, thank u!", she shows herself eating breakfast in a bomb shelter, standing at her local cinema that has been completely destroyed by Russian forces, and trying on clothes that are now too loose on her - as she claims to be losing weight due to stress.

She has since fled the country for Italy, but she hasn't stopped trying to raise awareness for Ukraine.

Another user, @whereislizzyy records herself getting reading to leave her home as what appears to be an explosion happens outside her window. The video is captioned, “When the Russians attack so we r leaving at 8am” and is set to David Guetta and Rihanna's 'Who's that Chick?'.

It feels totally surreal to see a war play out through viral video clips and memes. But it's not the first time social media has been used to document wars in such a way - Syrians and Libyans have done this before.

However, it is the first time it's become so mainstream and reached such a large audience. 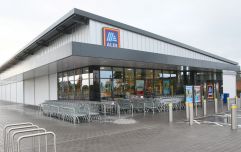 END_OF_DOCUMENT_TOKEN_TO_BE_REPLACED

19-year-old Kyiv native studying in Lviv, Dzvenyslava Hlibovytska, started posting TikToks at the beginning of the war to share the reality of what was happening with the world.

Speaking to i-D, she said: “There’s lots of political analysis and martial reports [in the media]. But I don’t see many stories of actual Ukrainians being told; how the war has affected our lives.

"I felt I had to tell the world my story; what I'm experiencing and what is happening around me, so that people could see the truth.”

Meanwhile, a Ukrainian soldier who goes by @alexhook2303 on TikTok, began posting short videos for his daughter so that she could get regular updates from him, but continued to document his experiences as he rose in popularity.

His videos have racked up millions of views, with his most popular clip - which shows him bust some impressive dance moves in his military uniform - having been watched 72.6 million times and getting more than 12 million likes.

As BBC reports, experts have warned that although TikTok can be a good place to find videos from the ground, disinformation can also be rampant on the platform. So it's a good idea to watch out for videos without any context and check the profiles of creators.