Gal Gadot is pregnant with her third child — and she's having another girl.

During a virtual appearance on US show Live with Kelly and Ryan last week, the Israeli actress revealed that she is expecting a third daughter: "It's baby girl number three. Yes, we're sticking to what we know."

Speaking on Jimmy Kimmel Live later in the week, she explained how it all went down when she broke the news to her daughters. 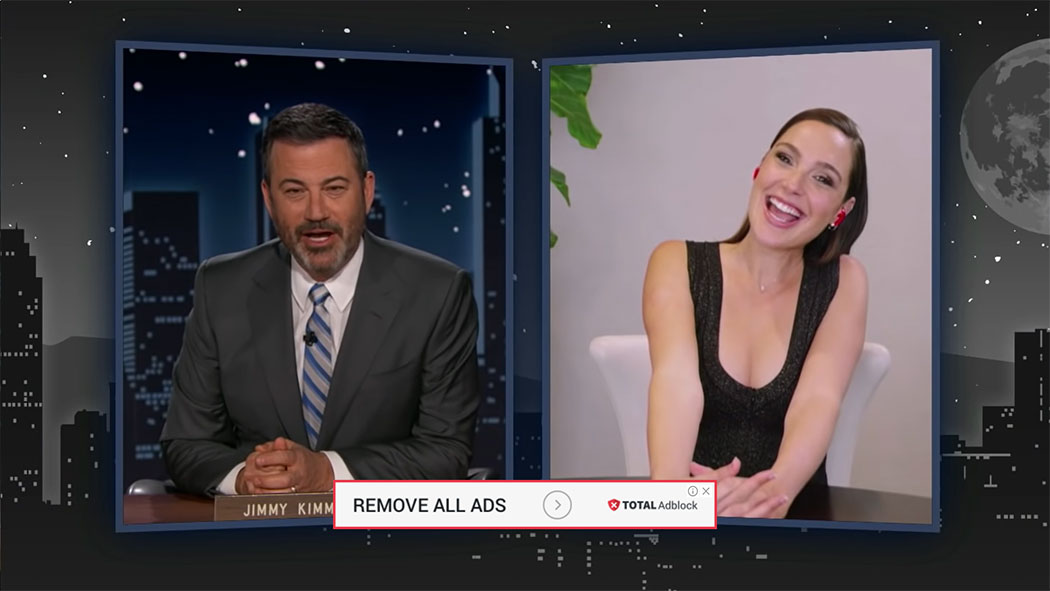 "We got them cupcakes, and we got cupcakes for each member of the family, including the dog,” the star explained. “And then there was one cupcake left, and I (asked the girls), ‘Do you know who this cupcake belongs to?’ And then they were like, ‘Who?’”

Gadot explains that she pointed to her stomach, which prompted Alma to shout, "Nooooooo."

Thankfully, her dramatic reaction was short-lived, as Gadot explains: "But then she got used to the idea and now she's super, super excited."

Kimmel asked if there had been questions about where the baby came from and, of course, there had. "So we explained the PG way, you know, 'Mommy and daddy had a big hug, papa planted a seed in mommy's tummy,' " she continued. "So we're doing this, the birds and bees, how we know it."

What a gorgeous family.

popular
Bachelor Nation star Sarah Herron's baby passes away shortly after birth
Tommy Fury responds to Jake Paul ruining his baby news
Molly Mae fans are shocked after finding out how much Bambi's crib cost
Expert says Cocomelon acts "as a drug" to kids' brains
Molly Mae says becoming a mum is the best thing that ever happened to her
Dad asks public to forgive his wife after she killed their three children
Man charged with the murder of pregnant Natalie McNally
You may also like
4 weeks ago
Fans think Stacey Solomon has accidentally revealed the gender of her baby
2 months ago
Fair City star Jenny Dixon shares her twins' gender in sweet video
3 months ago
Has Molly Mae Hague accidentally revealed her baby's gender?
7 months ago
"So precious": Charlotte Crosby reveals her baby's gender
7 months ago
Mum slates parents-to-be for hosting gender reveal parties
7 months ago
Man gets mixed reaction for booing at his friend's gender neutral gender reveal
Next Page