Sarah Beeny shocks ITV viewers with a revelation about her family

Something on Good Morning Britain got people riled up? Shocker.

But today it wasn't the Morgan fella, and it was about something you're probably not going to expect to be honest.

Property expert and presenter Sarah Beeny appeared on the ITV show as a guest today and revealed to Ben Shephard and Susanna Reid that her family regularly shares bath water.

Yep, Sarah, her husband and her sons share the water, instead of running a new tub. Let that 'sink' in... (sorry)

Sarah couldn't see what the big deal was, saying: "Do you know it's really weird, I'm so amazed by what a furore this has bought out because its a thing in my childhood. Even now, if a sibling comes to stay - normally a spouse will come down and be like, 'I've left the bath in, does anyone want it?', and that's kind of a normal thing to say. 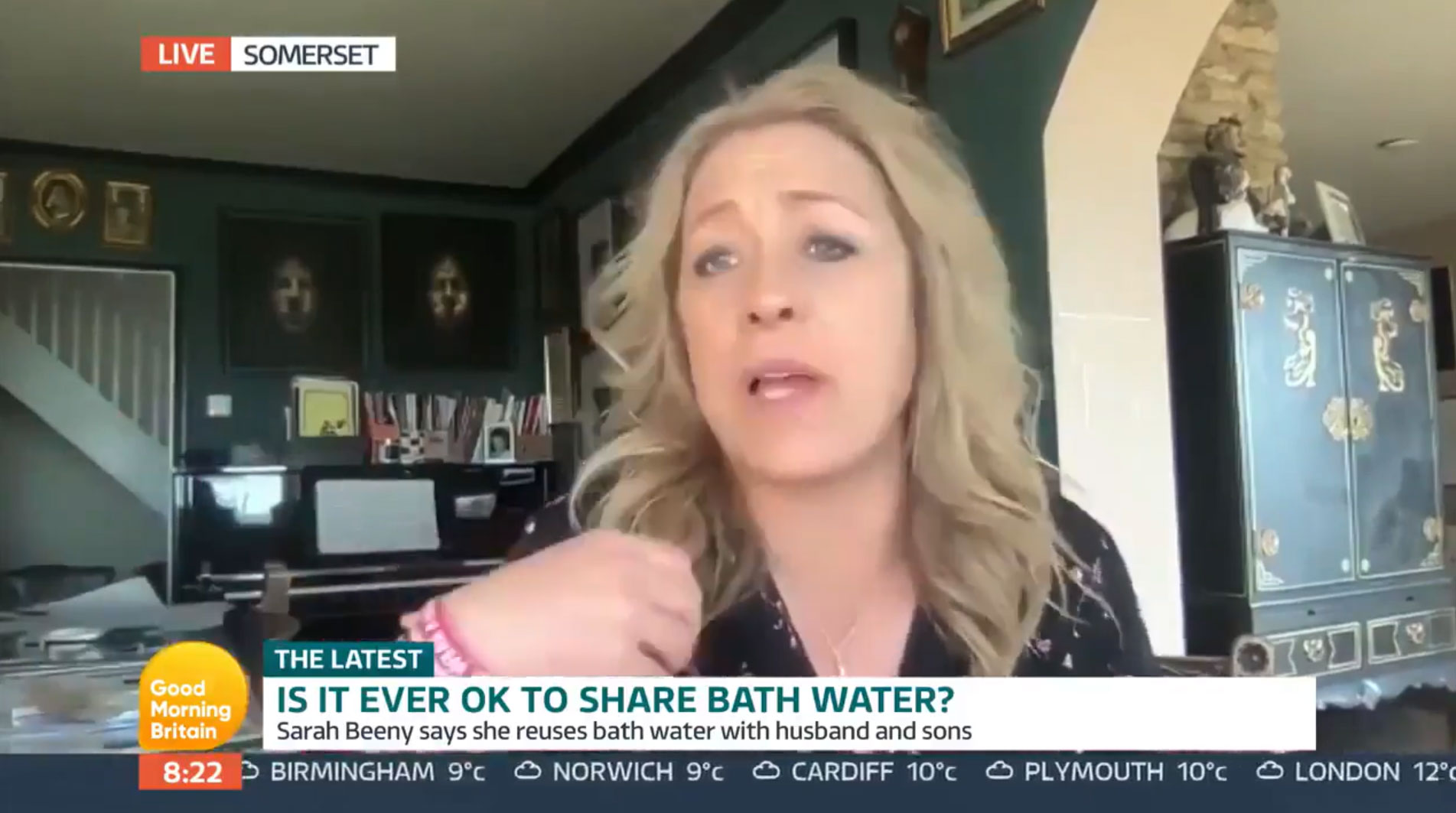 "I'm really surprised that that's made everyone so hot under the collar, to be honest".

Apprentice star Luisa Zissman, who was also a guest on the show, wasn't convinced. When asked by Susanna what she would say if her husband told her he'd left the bath full, she replied: "Just drain it then".

Comparisons made with the shared nature of a jacuzzi by Beeny were dismissed with the reasoning that hot tubs and jacuzzis are chlorinated, and therefore cleaner.

Some viewers agreed that this was a great way to save on the water bill and an even better thing to do for for the environment.

Others were, well, horrified. 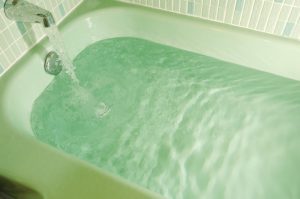 Twitter, true to form, had plenty to say on the matter. One user wrote: "She may as well jump in the sink with the dishes.... really in this day and age you share your bath water?"

Another said "What next? Sharing [toiler paper emoji]?".

Sarah did have some support though, with a like-minded Tweeter saying: "I never have a fresh bath, always hop in after wife or kids. #notabathsnob"

Another said: "I would share bath water with anyone I would share a bed with. There are probably more skin cells shed in a bed than a bath."

And on that gross note, I'm off for a wash.

popular
Michael Jackson's daughter Paris speaks out about the PTSD her upbringing caused
A controversial new sex education programme for catholic primary schools is causing uproar
This mum can't understand why no one likes her 'teacher gift' idea
FM104 apologise for "making light" of voicemail from 4-year-old boy with additional needs
"My sister-in-law stole my baby name and now she's mad I'm still using it"
Child dies in tragic paddling pool accident in Co. Roscommon
WIN: Tickets to live summer events, At The Manor
You may also like
1 month ago
Expert view: Anxious about returning to 'normal' after Covid?
1 month ago
Watch: A woman who didn't know she was pregnant gives birth at 30,000ft
1 month ago
We got our hands on the viral Lidl hanging chair and life is good again
1 month ago
The one thing couples who have better sex have in common...
1 month ago
Anne Morgan on Maternal Rage - It's Time We Spoke About Motherhood's Secret Emotion
1 month ago
Pregnant women to be offered faster access to vaccine under new recommendation
Next Page